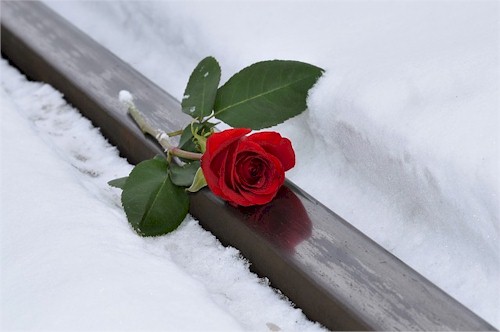 It always amuses me.

When I share with my monogamous friends about a breakup I’ve experienced.

What are they so sure of?

She has to have broken up because I’m not giving her what she wants.

“What she wants,” of course is code language for monogamy.

There is a default assumption in the Western world that long term monogamous relational “bliss” is the absolute ideal.

Anything that doesn’t conform to this?

It is in question right away.

But if non-monogamy is the cause here?

What are these people’s explanations when their monogamous relationships end?

And OH they end!

The statistics on this are very clear.

Maybe the next time a friend is struggling with her monogamous relationship, I should suggest it is because she’s expecting her guy to be “faithful” to her.

But since I’ve had two polyamorous breakups now?

I have some real data to base this on.

Did the girls I was loving really leave because they weren’t getting what they wanted?

Though they were not polyamorous themselves?

They were completely monogamous with me.

But they were both quite aware I am a polyamorous guy and they were very happy to be with me anyway.

The first girl told me, “I’m glad I was a pushover.”

She told me she loved me all the time.

She was constantly wanting to come over again.

To spend all the time we could together.

Can you really sit there with a straight face?

Say despite that she wasn’t getting what she wanted?

The second girl is an even more interesting case because she actually broke up with me, came back, then broke up again.

Not a polyamorous girl either.

But she was okay too this is how I roll.

Here again she was always arranging our next rendezvous.

Happily traveling a long way to see me.

I know what you’ll say. I’m just deluding myself that these two girls were really enjoying and benefiting from our connections.

But I also know what that really means.

These girls were not getting what YOU think they should.

You want a guy to commit to you exclusively for life.

Because that’s what nature wants you to be wanting.

In nature’s case you can drop that “for life” part.

Nature wants you to commit for just a FEW years.

Just long enough to get some babies made.

Then nature wants you to break up with each other.

So you can start it all over again.

The real reason these girls broke up with me wasn’t because I was not giving them what they wanted. They broke up because they got their eyes off what they were wanting and receiving.

As long as their eyes and hearts were on our LOVE?

Things were humming along just fine.

Once they started listening to YOU though?

That’s when everything changed.

They ceased to want what they were wanting before.

They started wanting SOMETHING ELSE instead of it.

What could I do to change that at all?

If there is one thing I’ve learned about love, it is that you must always love someone with an open hand. People need to be free to come and go if their desire to be with you changes.

So love is what I offer to girls who share my desire for connection.

When they start to want something ELSE though?

Not because it has to end.

Just like I did when this second girl came back again.

How I Came To See Romantic Love The Way I Do