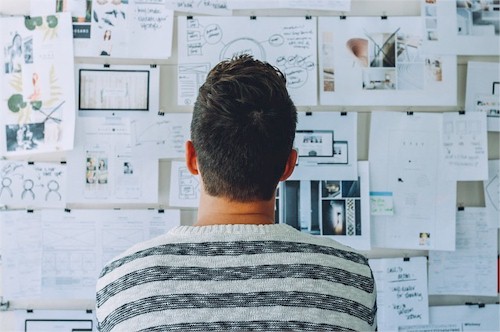 This entry is part 1 of 1 in the series You Should Really Give Dishonest Guys A Chance!

I’m such a stickler for trying to draw as many morals as I can from the encounters that I have.

I wrote in a blog post two weeks ago about the girl with red hair.

I contacted her for a business meeting but approached her after that.

She got uptight with me thinking the business meeting was just a ruse.

That I had only set it up so I could see if she would be interested in me.

She felt the need to write me about it.

Tell me I’d been dishonest.

Because if I really was just interested in her I should have been “open and honest” about that.

As I said that wasn’t the real story.

But let’s pretend it was…

What if I really WAS attracted to her and hoped to have a relationship with her?

What if I really booked a fake business meeting just so I could get together and see how things went?

Is that really the terrible thing this girl insisted it was?

But he’s too shy to be up front about it.

He thinks in his mind, “If I could just get together with her so she can experience who I am, maybe then she’d start liking me and I’d actually have a chance.”

So he books the meeting.

Gets together with you.

And you seem to have a good time.

You’re intelligent and ambitious too.

But again he’s just too shy to tell you in person.

So he leaves you but then kicks himself that he didn’t take a chance.

Finally  he messages you and tells you, “I really thought you were sweet. I’d love to explore a relationship with you if that’s something that you’d like too.”

You think he was just wrong to ask you out pretending to be interested in your business.

When all he really wanted was to meet you.

When you find out, you tell him just how deceitful you feel he was.

Am I missing something here?

You girls keep asking me where all the good guys are?

You’re so tired of being alone.

But a guy just indicated he’s interested in you. Nope, he’s not as confident as you maybe wish he was, but he’s a good guy all the same.

And he likes you!

In fact if you’d open up your heart for just a minute?

You might find he’s exactly the type of guy you’re actually looking for.

The kind of guy who’ll last.

Who’ll be there for you.

Support you and encourage you.

Think you are his world!

You’ve decided that’s not how things should work.

If a guy can’t be like that he’s just not worthy of your time.

He has to be deceitful and dishonest if he doesn’t come right out with how he feels.

Don’t you see how silly you’re being? You’re rejecting a guy for doing his best to get to know you and to tell you how he feels.

I tell you girls, sometimes I feel like someone should slap you silly.

Or as I said to crush of mine the other day,

But I’m sure I’d get distracted by that.

So I guess I better not!

Nonetheless girls hear me when I say, you are your own worst enemy. Those good guys you’re looking for are everywhere.

But you’re too busy driving them away!

Trying to tell them how they should approach you if they’re GENUINELY sincere.

If they give you attention however they pull that off?

Good things often come in packages other than the ones you’re insisting they should come in.

How do you know what real love should look like?

What do you think? The next time a guy is “dishonest” and doesn’t tell you straight up how he feels, do you think you could give him a chance to prove he’s your good guy in disguise after all?

How To Start A Conversation With A Girl

Meeting Girls Is As Easy As Riding A Bike (Part 2)