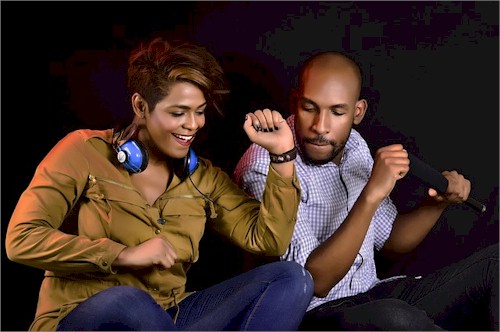 AKA, the guy in the friend zone.

He actually ISN’T so nice.

Not expressing how he actually feels?

He’s trying to sneak up on your affections.

He keeps hanging out with you, being nice and hoping one day you’ll realize just how nice he is. Then you’ll fall in love with him and you’ll both live happily ever after.

But you know better.

He’s not really into you at all.

He doesn’t love you.

If he did he would just do good things for you “because.”

Not because he wants to get into your pants.

So says Emily over at Sex With Emily anyway. [Sadly another broken article link. :(]

The most amusing line in her whole article is this:

“Have you ever thought about how many other guys may feel the exact the same way? This woman you’re crushing on may have five other dudes in the same boat. So, is she supposed to sleep with all of them?”

You see this whole friend zoning the Nice Guy thing?

It’s predicated on the assumption of monogamy.

The assumption that it’s totally normal to have plenty of friends.

But completely ABNORMAL to fall in love with all of them.

And why see the Nice Guy as abusing you?

Why is it so abnormal to think you would reciprocate his love?

The reason guys get friend zoned isn’t because they have alterior motives.

Sure he “Listens to your problems” and does “nice things for you.”

Ends up at your “beck and call.”

That isn’t because he is “expecting to have sex with you.”

That this is a “ticket into your pants.”

Does he really have to want you to be happy “above all else” to genuinely care about you?

What is it about being nice that makes considering his own desires completely irrelevant anyway?

How completely insensitive a person do you need to be? How can you not come to have a deep, genuine affection for someone who is truly there for you like that?

He’s not wanting to get laid here.

Suggesting that just shows YOUR mindset.

He’s doing all this because he actually loves you.

Hopes you will love him too.

Is it so hard to conceive he might just think you’re really special?

But Emily seems to feel it means he doesn’t have a life.

His lack of ambition and confidence?

It just makes him less attractive yet.

Emily pays lip service saying, “Don’t get me wrong, I’m all for developing strong friendships before dating someone. There are plenty of guys who have crossed the threshold from the brotherly figure to the man she needed all along.”

But Emily is far from convincing here.

Sure he shouldn’t be MAD if you don’t return his romantic feelings.

But is it really so clear the way he feels is just a “reaction to rejection?”

That there is no friend zone at all?

I’ve seen too many of you girls write guys off in just an instant.

What this whole friend zone thing really shows up is a major difference between many of you girls and MOST guys.

When a guy is nice he takes his time.

Really trying to KNOW you.

He really believes if he does this?

You’ll come to know him too.

He doesn’t recognize you’ve already written him off.

He thinks you’re getting to know each other.

That there really is potential your connection together will grow.

This isn’t about him wanting to get into your pants at all. It’s about the fact that when a guy really connects with you emotionally, it’s the most natural thing in the world for him to desire physical intimacy too.

Physical intimacy is how guys give love.

How they feel loved.

Because that’s what you do.

It is equally inconsiderate of his feelings.

As he is of yours when he ONLY wants to get laid.

But unless a guy “sweeps you off your feet?”

Makes you feel “taken” in some way?

You’re done with him for good.

Not because he’s nice but because you’re YOU.

What do you think girls? Are you really so innocent after all about this Nice Guy friend zone phenomenon?