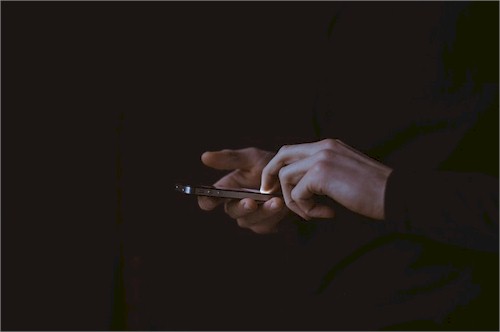 “We don’t have to message each other every day.”

When she said this I felt something was wrong.

Because for the past two years?

That’s pretty well what we did.

But that weekend I felt I’d neglected her a bit.

I still touched base but the gaps were larger than I normally do.

I’ve reflected on my reaction when she said this to me, trying to understand why it felt so wrong. Why was I immediately concerned she was feeling neglected or hurt in some way?

In hindsight I now realize what it was.

It was the phrase “have to” she used there.

Whenever you start to think of your relationship in terms of “shoulds?”

Something is definitely amiss.

If you’re not together because you want to be?

The only reason to be with your partner?

It’s because you value them.

When that’s the case?

Nobody has to convince you that you should.

For two straight years she and I had both been connecting because we desired to. There was never a sense this was any kind of burden either of us was bearing for each other.

My intuitions were firing big time that night.

In a couple more days I found out why.

She sent me a very short message.

Told me we were through.

Clearly something had changed for her and once it changed she started to pull back from me. She didn’t feel the desire to be connecting anymore.

Once that change happens you start to pull back.

If that happens sound the alarm!

Open the communication lines before it’s too late.

It’s a struggle when someone breaks up this way when it isn’t a really clean break. If it’s time to move on because priorities have changed you should be able to have a loving conversation together.

But you also want to respect what your partner decides.

If you chase them to keep them you’ll lose them.

Since they don’t want to be with you anymore?

You don’t want them because they think they should.

You want them to really want you.

So once you affirm you still want them?

Let them go and see what they do.

I talk all the time about loving your partner with an open hand and never trying to hold or possess them. That’s the built in mistake monogamy makes thinking you can somehow keep someone who wants to leave.

But definitely this IS rubber meets the road time.

If you chase them they will see you’re needy.

You’re not able to love them.

You’re trying to GET from them instead.

But if you let them go what will happen is wonderful because if they come back it is because they really want to.

Then your love moves to a higher level.

Now you both know.

You really DO value each other.

And that will make all the difference.

How about you? Have you been slipping into doing things for your partner because you think you should instead of doing them because you want to?

Romantic Love Is Both Partial And Impartial

The Answer Is To Find Someone Who Will Comply