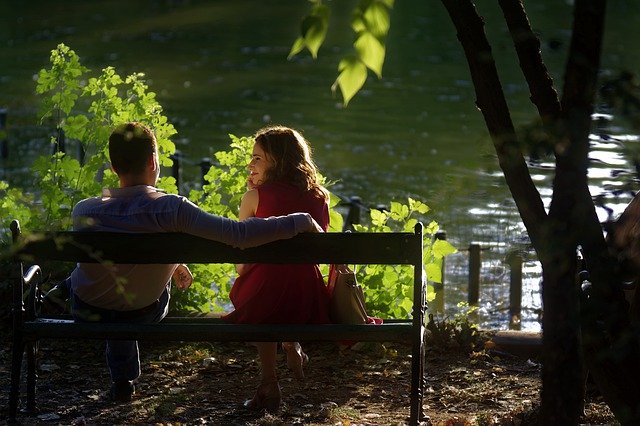 I’m a part of a lot of Facebook groups.

A few of them help guys with their dating.

Recently one of the guys asked a good question.

He said, “How can we stop the games?”

Of course what he was talking about here was the “dating game” and all the “rules” about who has to do what and when. In general terms this means as a guy you have to pursue and you have to be confident to “get her.”

The reply this guy received?

“You can’t avoid the game,” one guy said.

“It’s a dance and everybody’s dancing.”

“All you can do it get better at the dance.”

Another guy replied, “Make sure you’re playing the same game.”

“And learn to have fun in the process.”

Is that really true? Do you have to play the games and is there is no chance of meeting someone special without it?

My answer here is “yes and no.”

When do you have to play the game?

The fact is a lot of people?

They’re being taught this is just how things are.

If you’re interested in a girl who thinks you HAVE to lead?

She’ll think your not “potential” if you don’t try to lead her.

It doesn’t mean you and she can’t connect. It just means she’s doing her best to prevent it. She’s been taught that she should play hard to get and she’s doing what she’s learned.

Myself I don’t really play these games much.

I’ve studied the game and I know how to play it.

But usually I’m interested in girls who have more going for them than that.

I’m more attracted to girls who actually buck the system.

As I mentioned a while back I rarely flirt.

I just flash my intelligence and wait until it’s appreciated.

Needless to say I don’t meet a girl like this every day!

The thing you have to realize though is if you don’t play the games like everybody else does? You have to find the girls who aren’t playing either to achieve “success.” It is completely unrealistic to expect to get with a girl who expects what you’re just not giving.

But I can tell you it’s worth it.

Because when you find THAT girl?

Your connection with her is going to be strong.

Because it’s based on who you ARE.

Not how good you are at playing your part.

So where do you find a girl like this? You don’t find her in the usual fishing ponds. She’s not in the clubs out dancing every night. She’s much more likely at the coffee shop, library or church.

I’m not telling you to go to church just to meet girls.

But WHOLESOME is still a thing out there.

Who stay away from the players.

And the guys who are all polished at the game.

So how about you? Have you had it with the game and are you ready to start fishing where the good fish are biting?

Your Problem Is You Suffer From Red Green Color Blindness

Meet Girls By Going To The Right Venues

How To Make The Diamond Appear