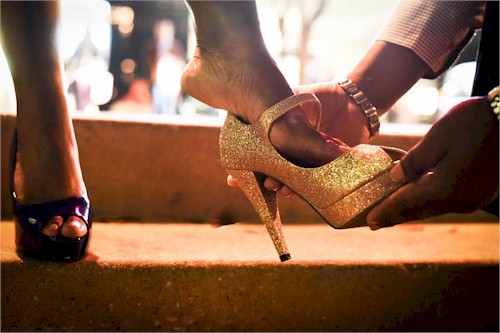 Why won’t you find the guy of your dreams?

You want a guy who isn’t tame.

But you also want to tame him

You simply can’t have it both ways.

But you’re always dreaming you can.

A guy who is secure inside himself is going to walk to the beat of his own drum. He’s not going to care what others think. No dear, not even you.

This doesn’t mean he won’t love you though.

It’s actually the only way he truly can.

Because if he doesn’t love himself first?

He can’t love you or anyone else.

A guy has to be free before he can love.

Needs you to love him with an open hand.

But because you’re a natural nurturer what you’re actually looking for is someone to FIX. That’s why you always go for the Bad Boy. He looks so in need of you.

You think he needs your love.

So once you have him in your life?

You try to get him to comply with your wishes.

To respect your feelings all the time.

One of two things happen when you do this to a guy. Either he bucks you and forces you under his rules or he complies with what you want him to do and you lose respect for him because he did.

If he’s always trying to please you?

He’s a people pleaser not a real guy.

You don’t want a guy you can keep on a leash.

You want a guy who knows where he’s going.

But a guy who knows where he’s going?

That is exactly where he’s going to.

You either come along for the ride?

Or get left in the dust for good.

But a guy who is really on top of his game wants you there by his side as he’s going. He wants you to enjoy the journey with him but it remains his journey just the same.

But you feel threatened by his freedom.

You feel you need to tie him down.

Get him to COMMIT to you.

So you can feel safe that he’s really yours.

But he’s never really yours at all.

He is always his own person first.

The story you’ve been told since you were a very little girl is just a lie dressed up in Disney garb. There is no prince. There is no knight. There is just this NORMAL guy.

A guy who will hurt your feelings.

Make you think that he doesn’t care sometimes.

But then he’ll show you in a thousand other ways?

That he WANTS you in his life.

When a real guy loves you he just keeps being there like an ever present constant. He is steady and reliable and always on course.

He appreciates your nurturing most at those times.

But those are the times you often love him least.

Because you don’t want him to depend on you.

Trust me he won’t.

He’ll get back on track.

But he needs you not to emotionally abandon him when he falters.

A real guy is not a mountain that can never be shaken. He’s a guy who keeps getting up again when he’s been knocked down.

Sometimes he gets up right away.

Sometimes he’s down for a while.

What he needs from you is to be there too.

Cheering him on as he tries to rise.

But you’ll never find the guy of your dreams.

Not unless you embrace THIS guy.

Unless you quit dreaming of a guy who doesn’t exist.

What do you say girls? Are you ready to give up on your Disney fantasy guy and embrace this real life flesh and blood guy you have in your life already?

An Experience Of Disconnection