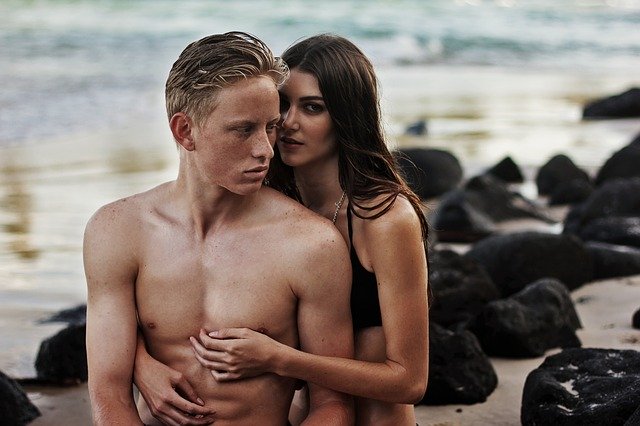 You know I like to deal with reality here right?

Because of this I say a lot of things most people wouldn’t dare.

I guess this is one of those times.

Because I know this will not be popular with you girls.

But if you’re brave enough?

Hang in there with me!

The reality is I would never encourage a guy to pledge sexual faithfulness to any of you. The reason for this is because the evidence is clear this just is not going to work out well for him.

If he really loves you how could he be okay with this?

Well the fact is if you really love HIM?

You should be okay with this also.

There is nothing more well known in long term relationships than that you girls lose interest sexually. It makes sense when you realize emotional connection is where you’re really at ultimately.

Except for a few of you DTF girls?

You are only sexual when you feel “in love” with him.

And “in love” is a temporary state.

Once the honeymoon chemistry of your relationship dies?

And it ALWAYS does.

You begin to think that emotional connection is enough.

Because it is enough…for YOU!

But your guy is wired to be sexual.

Whether or not he emotionally connects with you.

So once you’re not “in love” anymore?

His faithfulness becomes his death sentence.

While it is true that sometimes a guy is not interested in sex that is a very rare occurrence. And it usually isn’t because he has lost his mojo but because he has a fear of intimacy.

I was a sexual avoider myself.

But I didn’t lack a sex drive.

But with you girls things are completely the reverse.

And that is enough.

What I’m talking about here is yet another reason I recommend Romantic Friendships. When you don’t have the sense you “own” your partner your sexual interest will normally remain for him.

And if it turns out for some reason it doesn’t?

He hasn’t got all his eggs in just your sexual basket.

But when it comes to sexual fulfillment?

A guy MUST be.

But don’t kid yourself.

You girls are ALSO pragmatic.

Would you stay in a relationship with a guy who is not emotionally connective at all and continue to pledge yourself to him that you won’t find emotional connection elsewhere?

Society has that baked in as completely acceptable for you.

But a guy meeting his sexual needs elsewhere too?

That is completely TABOO.

He’s supposed to be sexually monogamous with you.

While you are emotionally polyamorous with him.

You can’t make sure you’re being sexual here.

You’re either into him or you’re not into him.

But that doesn’t change the fact if you cease to be interested in sex with him?

You’re NOT being faithful to him.

So what should you do as a girl if you’re just not interested in sex anymore?

Encourage him to meet his sexual needs with somebody else of course!

The problem though is when he’s really on track? SEX is not what he’s wanting. What he really needs for sexual fulfillment is a partner who wants to make love with him.

It is also why going to prostitutes or having one night stands is totally a dead end street for him.

Only sex flowing from genuine RELATIONSHIP is going to fulfill his sexual longing.

So the real answer if you’re not sexually interested anymore is to be okay with him having relationships with other girls besides you.

Even though this sounds completely backwards?

If you try it you’ll be surprised.

Once you know he’s with other girls?

Your interest in him will come alive again!

You are wired to desire a guy who is desired by other girls too.

This is why a guy should never pledge faithfulness to you.

And you should never ask it of him.

What do you think girls? Have you lost sexual interest “just because” or is it because he handed over all his sexual options to you?

Girls Who Need To Lead Are A Total Turnoff

You’re Perfect That’s What Scares Me