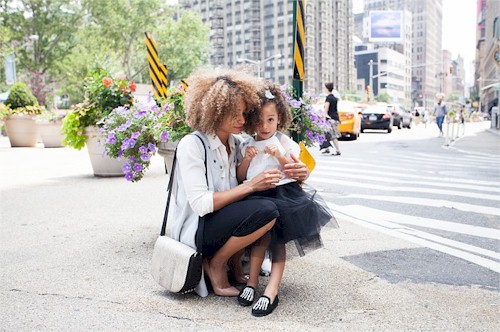 I don’t know why this one hasn’t occurred to me before.

It’s been REALLY obvious to me for a long, long time.

You know how sometimes you don’t see something?

Even though it is staring you in the face?

This is one of those occasions.

The thing that finally brought this into consciousness for me was an article by one of my Facebook friends. She’s a single mom who wrote a piece called 8 Quirks of Dating a Single Mom.

I’m not suggesting she had polyamory in mind here.

All she was doing was trying to address typical guys who date.

But I’m sure she would agree with what I’ve often said.

Despite the fact her target dating audience is likely not the one I advocate, as I read her article I realized how COMPLETELY obvious it is that a polyamorous guy would be good for her.

She starts out by saying single moms can’t easily be spontaneous.

Instead it is notoriously difficult for them to pin down a time to meet.

Schedules with kids and co-parenting make this an endless real life challenge.

But for a polyamorous boyfriend?

That’s no real challenge at all.

Since he has other partners he can be with?

He can totally flex with a single mom’s schedule!

Another thing single mom’s are known for is being more aggressive. They will often make the first move and try to get with a guy they like.

She only has so much time.

She has to capitalize the time she’s got.

Again, no real problem at all!

Romantic Friendships are built on valuing your partner for who they are!

A single mom also may only want to see you without her kids around. But when you’re in touch with her outside your times together, you may also have to wait as she communicates with them.

When you’re having a romantic friendship this is really up your alley.

The main point of Romantic Friendships is your connection and nothing more.

Whether you show up in her kids’ life is totally optional.

Romantic love is about the two of you.

But when she needs to be there for her kids that’s cool.

Single moms can be pretty ready to “rumble in the bedroom” as she says. They are also known to be party girls when they’re able to escape for their own time too.

But this doesn’t mean she’s just “out for sex.”

Sexual fulfillment and emotional connection is where it’s at.

Whether you choose to party with her?

That’s completely at your discretion.

As I said in Part 1, I prefer to be the party girl’s true down time instead.

The final point the article makes is that sometimes you won’t be a single mom’s priority. With her family commitments she has to prioritize her kids when duty (and love!) calls.

Totally fine for the polyamorous boyfriend!

He has other connections he’s enjoying.

So if she needs to back off for a while?

Instead he just loves her for who she is.

Receives from her whatever she’s able to offer.

He doesn’t own her so he doesn’t expect her to make him her everything.

What do you think you single moms? With the crazy way you have to play your time, could a polyamorous boyfriend be the right fit for your love life?

What Are Romantic Friendships? (Part 2)