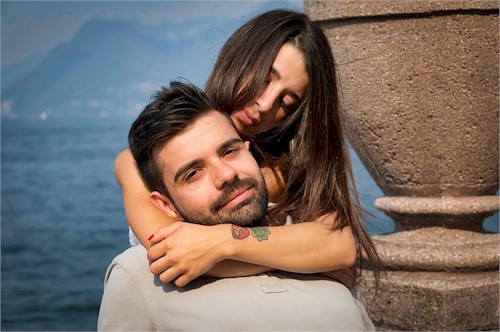 “Wow! You’re are so self-confident.”

She said this because I wasn’t letting her friend zone me.

I wasn’t letting her deny all the feelings we had shared over the past ten days.

But I also wasn’t begging her to be with me.

Within a couple times together I had her read the first three blog posts I ever wrote.

The ones that define what romantic love is, that I think it is my purpose, and that I’m polyamorous too.

I laid that all out on the line right up front.

I don’t always do that.

I know it is sometimes better to let a girl experience me first.

Then she has an emotional frame of reference to assess things by.

This allows a girl to experience ME before she judges our potential by her monogamy ideal.

But this girl was different.

I was attracted to her big time.

You would think that would mean I’d be a little more cautious right?

But I don’t look at it that way.

I want to be with a girl who is VERY conscious.

I don’t want to just sweep a girl off her feet and appeal to her basic biological addiction to “romantic love.”

Why was she saying no?

Because I told her I’m polyamorous.

When we were together and things were heating up she stopped me.

Didn’t mean she wasn’t into me.

I confirmed just how much a few months later.

She told me she had to get off the emotional rollercoaster.

And eventually I moved on…for now.

I still hold my invitation to her open.

Because I never really break up with anyone.

When I love someone I love them.

I really do love the girls in my life, even if I think they are quite silly to still keep clinging to their failied relationship paradigm.

So what does all this have to do with why YOU should have a polyamorous boyfriend?

Because you’re wired to desire a guy who is CONFIDENT.

As you can see from the opening line of this blog post, that’s what she could see I am.

And that’s what a polyamorous guy will BE if you CATCH one.

He’ll be confident and KNOW WHAT HE WANTS.

No he won’t want ONLY you.

He won’t “forsake all others” and dedicate himself to making you his PRINCESS. And if you leave him he won’t chase you, he’ll just let you go.

Because he’ll always love you with an open hand.

What you’ll know though is when he’s with you?

It is because he really DESIRES you.

Because he doesn’t HAVE to be with you.

He’s told you he will be with WHOEVER he finds a romantic connection with.

He’s not DESPARATE or NEEDY.

He doesn’t NEED you at all. He WANTS you. And that’s what YOU really want isn’t it?

A guy who is confident in who he is?

Who is on his way no matter what YOU do?

That’s the kind of guy you’re wishing for right?

When she “broke up” with me she said, “And don’t sit around pining over me.” I just looked at her and smiled.

I had already made it plain to her I’m a polyamorous guy.

She nodded with understanding.

“Wow! You’re are so self-confident.”

What do you think girls? Is your quest for a confident guy who knows what he wants really looking to be fulfilled by having a polyamorous boyfriend?

It’s So Nice To Meet Someone Who Gets It