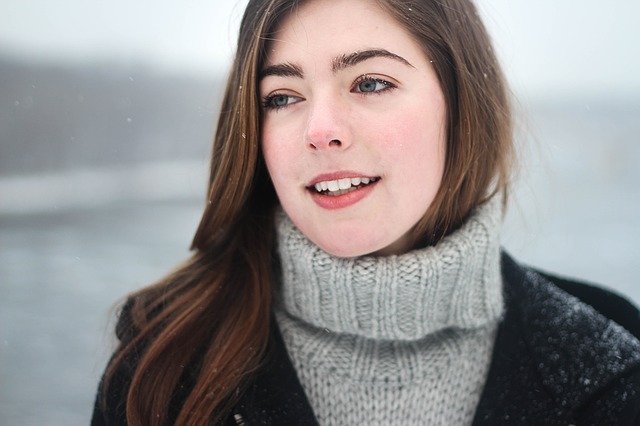 I first saw her as I was walking to the escalator.

The big ecalator that goes deep down into the Granville Street station.

I noticed her because she had the most amazing smile.

So much so I almost asked her why she was beaming.

She stepped onto the escalator ahead of me and I positioned myself a couple steps up from her. As is my wont I sized up her bottom as best I could but the coat she had on wasn’t quite sufficiently revealing.

You know how you can tell a girl is a bit overweight?

When you can’t tell because of what she’s wearing.

Girls are who slim?

They dress so you can SEE it.

Just the nature of this aspect of female psychology.

As best as I could tell though she was only slightly plumpish.

Nothing that gets into the way of MY interest at all.

To me a girl is much more than JUST her body even if she insists on interviewing me regarding what I think of it? I’m a total package guy.

This girl and I made through the gates.

As we did I heard rapid steps behind us.

As we began to descend the final staircase to the Expo Line train?

A guy in a hurry got blocked trying to pass us.

Finally I shifted so he could get by.

As we rounded the corner he ran to the still open train doors.

I smiled to this girl with the wonderful smile and told her I always find panic like this guy is showing amusing. As if there won’t be another train in two minutes.

Again she smiled and laughed.

As we walked forward the train doors stayed open.

We definitely COULD have got on it.

But I moved slow clearly not worried because of what I said.

She slowed down too and also passed on boarding.

It was almost as if she intended to miss this one.

Hoping to keep on talking with me.

We let the train go and I pointed out the manly Rolster shopping cart I was pulling merrily behind me. I told her I was on my monthly Costco run and to pull that off living in downtown Vancouver this was necessary.

When I mentioned Costo she smiled again!

“Costco is totally wonderful!” she said.

“I especially like their grapes because their so big.”

I have fond memories of big grapes in Venice!

We chatted a bit about other produce options too.

I had really amazing pickup artist stuff going on there didn’t !?

Eventually the next train arrived and she and I boarded and bid each other to have a great day. Per my usual I did NOT go for her number.

I tell myself it is because she lives in Pitt Meadows.

That’s a good 1.5 hours out of Vancouver.

She also told me she only comes into Vancouver every two months.

Since I chose a walking lifestyle?

A relationship that far out seemed to me just a bit impractical.

Of course that’s just an excuse isn’t it?

And as I sit here eating the large grapes I bought at Costo today?

I know I really SHOULD have gotten her number.

And that’s why it still sucks to be me!

What do you think guys? Do you think I will ever learn to not throw away all my efforts striking up such golden conversations?

How To Escape What Feminism Has Done To You

Can You Tell I’m Not Trying To Sell You Anything?

I Really Don’t Envy You