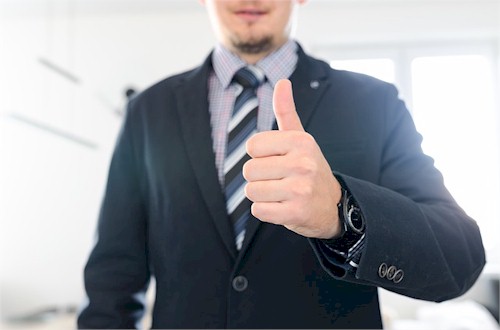 One of my Facebook friends recently shared an article talking about this subject.

She insisted what it said was “So true!”

So I thought I’d check it out and see what I thought of it as well.

I wasn’t too surprised.

It is the usual fare of girls bemoaning the fact you’re not the Bad Boy that they want.

Of course in common fashion the author insists she doesn’t want a Bad Boy at all.

And there’s truth in that because girls tend to major in fantasy, and this guy she wants is definitely out of a fairy tale.

Or maybe a romance novel.

What she wants is that ever elusive hybrid.

The guy that floats BETWEEN Nice Guy and Bad Boy.

Someone who will treat her with respect and ravish her as well.

The problem with just being a Nice Guy is, well, you’re really just TOO nice.

And she knows that the way you are is just a veneer anyway.

It covers up your diabolical intention.

The fact you want to “get” something from her.

You’re only nice because you’re “trying to be liked.”

Heaven forbid you should want to be liked! If you do you’re just being insincere.

She admits however you’re a “lovely, beautiful person” who is “going to do well in life.”

But then she unashamedly adds, you’re just “NOT going to get a girlfriend.”

If you do it will be “shallow, unfulfilling, and short lived.”

You care too much what she thinks of you, and that really turns her off.

You are a “cardboard cutout” of what you think a guy should look like.

You’re not really nice at all.

But she has a bit of a problem…

What turns her on is being treated BADLY.

Which is why she really wants a Bad Boy.

She says that’s not what she MEANS.

She has experienced what those boys are like and it never ends up well. But even while she writes about them, she starts to get turned on anyway.

But then she hits the kicker.

Turns out she wants a Nice Guy after all.

But only as the “appetizer.”

She really wants a terrifying guy who is only “taking the time” to be nice to her.

I’ve talked about this whole dynamic before. You girls’ are naturally addicted to being “swept of your feet.”

It’s what always makes you so susceptible to the players.

Because you can’t tell them from the good guys.

Or from the guys who are really just “faking it.”

Now I understand sometimes you guys ARE inauthentic.

But that has nothing to do with you being nice.

It just means that you’re insecure.

Like you’ve never met a GIRL who has any insecurities before right?

Instead of writing each other off, here’s a novel thought. Why don’t you take the time to BOTH be nice to each other and see where that goes?

Accept each other for who you ARE.

Learn to develop the ability to fall in love with and cherish those “lovely, beautiful people.”

Met a girl who can’t love you for being a Nice Guy?

Just let her go get hurt again by the Bad Boys she so strongly craves.

Go find yourself a sweet girl instead.

One who will love you for who you are.

That’s a really good reason to stay single as a Nice Guy. Better to wait until you meet someone who values youm instead of disvaluing you.

Learn how to find the type of girl who will appreciate you are so nice.

I can help you with that.

Do you girls think I’m being too harsh with you?

Suggesting you are just fantasizing this miracle guy?

Saying you’re just dreaming by seeking the hybrid you seek?

Even this author herself ADMITS everything I’ve just been telling you.

Just listen to what she says:

“That is what women need, what we find irresistible, what we daren’t dream of in our wildest darkest hour of yearning…but dream of anyway.”

That’s what I said.

Which is why you never experience your dream ever coming true.

The guy you seek does NOT exist.

The Nice Guy you reject actually DOES.

And he’s a good guy too.

I highly recommend you work on your addiction instead.

And start giving that Nice Guy a chance.

What do you think guys? Is it better to keep trying to be nice to a girl who doesn’t appreciate you, or just wait until you meet a girl who actually does?

The Battle Between Biology And Love (Part 3)

Should A Guy Read A Girl’s Online Profile Before Messaging Her?

Isn’t It Wonderful When You Just Connect?