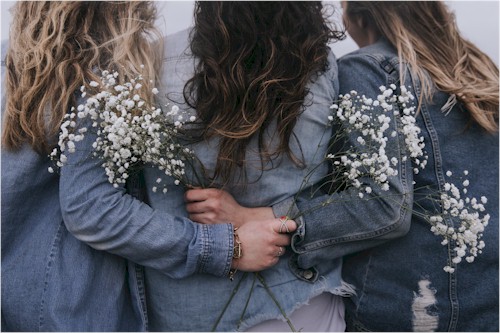 I had a fun adventure on Facebook this week.

It got me laughing a bit.

About the silliness going on these days.

About words and their meaning.

Someone on a moderated polyamory group, was asking whether he should start a relationship with a girl who really wants monogamy.

He knows that could mean heartbreak.

She will likely eventually leave him for someone else.

I told him I also had a relationship with a girl who wanted monogamy.

Though our relationship only lasted a few months?

They were some of the most precious months of my life.

I wouldn’t give them up for the world!

Then one of the thought police moderators of the group decided she needed to pipe in, and make sure I was talking about a “woman” and not a “girl.”

You know what I think about this one.

The moderator immediately shot back. “We take words very seriously around here. Consider yourself ‘gently warned.'”

I don’t usually take these people on.

It’s just not worth the expended energy.

I left that group forthwith, per my stated policy.

Then I popped over to my unmoderated polyamory group.

I expressed my gratitude, that I am free there to express my thoughts.

Without having them policed.

Another gal asked if I use “girl” as a form of “age play.”

Never heard of that one before!

But I was delighted to be in this group.

One where someone could actually call me an “asshole.”

Be free to say that, if that is what he actually thought.

We’ve fallen so far from free speech these days, especially in the social media world. Everybody is so worried who’s getting offended, or who means what by their words.

But the whole experience?

It showed me why I prefer girls instead of women.

No, of course I don’t mean juveniles.

I mean females who aren’t uptight.

Whenever I experience a girl who insists I have to use the word “woman,” or I’m somehow disrespecting her, the only thing that runs through my mind, is the juvenile meaning of “girl” now actually DOES seem to apply.

If you have solid self-esteem?

You don’t need to go around policing people to give you respect.

You have it whether anybody acknowledges it or not.

Because you have it from you.

Chasing down people to make sure they call you “woman?”

Only somebody worried about external validation does that.

I’ve loved girls who are 23 and girls who are 53, all of whom I admired and respected. But they were sufficiently mature enough as well, to understand the joys of playfulness too!

We just play a bit more adult games, if you know what I mean?

It’s getting so this “girl” thing is becoming an excellent filter.

When it comes to the type of partner I want?

I totally prefer girls instead of women these days.

Because they are more mature?

They are truly worth my time and energy.

What do you say girls? Are you confident enough in yourself, that you can be that Cool Girl in his life, without needing to stomp your feet, and insist you’re all grown up now?

How To Justify Being Overweight (Part 2)

Don’t You Think It’s Time To Replace Your Partner?