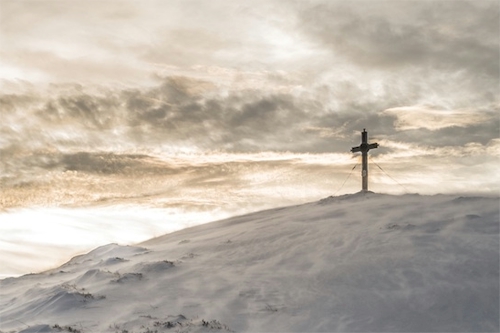 This entry is part 1 of 4 in the series Why Do You Believe In Monogamy?

I grew up in Evangelical Christian circles.

My entire childhood my mom and dad took me to church.

I attended Sunday School and sat through long sermons.

They expounded the virtues of following the narrow path.

I believed in God from a very early age, “accepting Jesus” when I was 6 years old. When I was in my early teens I got baptised of my own volition.

I was a leader in our youth group.

I agonized over the spiritual state of my fellow teenagers.

I watched them struggle.

Trying to live the way we were taught God wanted us to.

In high school I bolstered my belief.

My life long career as a philosopher began at that time.

I learned to present Christianity from an intellectual perspective.

In my high school classes I was frequently grilled by my fellow students.

I fielded all their questions cogently.

I even started a Christian rock band.

We played coffee houses in the Calgary area.

Shared our faith with the street people who frequented those venues.

I pastored a home church affiliated with the Calvary Chapel movement.

The one that grew out of the Southern California Jesus Movement in the 70s.

I guess you could say I believed in God and Christianity. I was raised to believe in it. Everybody I knew believed in it. The culture that surrounded me believed in it too.

I was a believer!

Even so at age 25 I began to question my belief.

Even with all that intellectual rigor?

I began to wonder if what I held to was actually true.

Or was just the fruit of my being taught to believe it was?

I had intellectual reasons for my faith of course.

I also had strong emotional connection with this perspective.

How could it be otherwise growing up the way I did?

The social support system around me endorsed it.

What else was likely to happen?

None of that mattered now though.

I found myself needing to dig deeper.

Cracks in the arguments started to show up. I started to see they did not hold the water I thought they did. The evidence was inconclusive.

I could no longer be honest and believe with conviction.

I became what I dubbed a “Christian agnostic.”

I can tell you this wasn’t an easy thing to do.

I was too religious for the atheists.

But I was also too atheist for the Christians too!

The social pressure to conform and “just believe?”

It was strong from both sides.

Why have I told you all this?

Monogamy has always been the default relationship belief in your life. You’ve never questioned it. You were raised believing it is the way to have a relationship.

Everyone around you believes in it.

Your friends believe in it.

It is enshrined in your thoughts.

You see it as the one true way to have a relationship.

It is the romantic belief of your culture.

It just seems true to you.

You are a believer!

But have you ever really stopped and looked at the evidence? Have you ever wondered if what you hold to is actually true? Or is it just the fruit of your being raised to believe it is?

I want to suggest you do so.

If you do, like I did with my Christianity?

You may find the evidence is not as strong as you thought it was.

In fact, I believe if you are honest?

You will see the opposite is actually the case.

I don’t have space here to get into extensive details.

But it is common knowledge.

Divorce rates around the world are about 50%.

“Kel, you’re seeing the glass as half empty.”

Even the most pro-monogamy researchers admit it.

Only about 20% of marriages are truly successful.

What should you believe in light of such statistics?

Should you say to yourself, “My relationship will be different.”

You could choose to look at things that way.

But let me ask you this:

What if I told you that 83% of all pedestrians end up in fatal accidents from vehicles running them down? Would you consider it reasonable to continue to walk the streets and “just believe” you won’t get hit?

But I doubt you’d think you were being reasonable in doing so.

Something that won’t change your life in any significant way.

Hey, if the outcome is unimportant to you?

Take a chance and see how you make out!

I hope you can see that’s not a great bet.

It’s never easy being an agnostic, whether you are talking about religious belief or romantic belief. Either way the true believers aren’t going to like it.

But what should you base your beliefs on?

Or the actual evidence?

When I began studying and realizing the actual statistics?

The ones against traditional long term monogamy?

My faith was shaken to the core.

Just like my Christian faith was so many years before.

I didn’t want to believe what I was seeing.

But even the most pro-monogamy authors I knew were saying it.

You have to come to grips with this fact.

It isn’t about what you want to believe at all.

It’s about what the evidence actually supports.

In my blog post Is Love The Answer To Your Loneliness?

I told you monogamy is a very high level achievement.

Now you know why I said that.

The Disney Fantasy of happily ever after is a wonderful story you’ve been told all your life. You’ve been taught to believe it is not a fairy tale but can really come true.

I’m sorry to burst your bubble.

When my bubble burst?

Could there be alternative ways?

Ways you can have the love you desire?

Without becoming the victim of these awful statistics?

I believe it is the most important thing you can pursue in your life.

I want to help you in that pursuit.

What is the important first step?

You need to ask yourself this very critical question.

Why do you believe in monogamy?

What do you think? Do you believe in monogamy because it really makes sense, or do you just believe in it because you were raised to think that way?

How To Solve The Battle Of The Sexes (Part 3)

How To Make Sure He Never Cheats