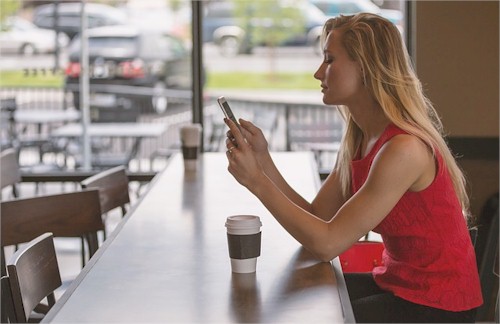 Last night I had an interesting experience.

A moment of vulnerable pain.

I went to a meetup I attend quite often.

Based on Myers-Briggs personality theory.

I feel like I connect with the people there.

I don’t go to it to meet girls.

Though sometimes someone new shows up.

Even though I’m polyamorous I don’t really see it about trying to collect relationships. When I have a relationship on the go my focus is really there.

But I’m always open to meeting someone new.

Someone I experience a connection with.

When I encounter a girl who gives me that sense?

I’ll explore whether something is possible there.

A number of months ago, a new girl showed up to this meetup and she seemed to be quite friendly and nice. I was interested immediately in trying to get to know her.

It didn’t work out that night.

A couple friends I invited had come.

So I focused my attention on them.

I had to give this interesting girl a pass.

I assumed I could catch her next time around.

But then she never showed.

At least not until last night.

When I was deciding whether I would go last night, I noticed this interesting girl had signed up to attend. So I made sure I made it out, hoping for the chance this time to experience her.

When I arrived she wasn’t there.

So I seated myself.

And began talking to another girl present.

We were having a good conversation.

Then I noticed this interesting girl arrive.

But she sat at the other end of the room.

We usually do a room shuffle a couple times a night, so when the first shuffle came, I made my way to the other end of the long table and sat right beside her.

She gave me a brief hello.

But indicated she was interested in conversing with someone else who intrigued her there.

I ended up talking with another guy instead.

But then something really weird happened, as everyone at the end of the table headed home for the night. Everyone except me and this interesting girl.

She got up to go to the restroom.

Then when she returned, she moved over and sat closer to the rest of the group.

Instead of sitting back down with me.

I was literally left in a chair by myself.

Alone at the end of the table.

“Well,” I thought, “I guess she has no particular interest in giving me the time of day.” I wondered if I’d done something to offend her or creep her out in some way.

When I first sat beside her.

She indicated she tends to be attracted to a particular personality type.

This just happened to be my type.

So I put my arm around her in jest.

Said we should get to know each other then.

I thought this would be okay because I know her personality type is usually pretty open to touch and expressions of fun. But I may have overshot on this one. Can’t really say for sure.

But it still HURT just the same.

Despite how much I know?

How important it is not to be TOO invested.

Not because I don’t invest.

But I know investment takes TIME.

Time to get to KNOW someone for real.

I think what bothered me as it usually does, is this girl seemed to be deciding about me without taking any time at all. Time to get to know the REAL me, so she could know what it actually was she was passing on.

I’m really only sharing this because I’ve been sharing how approaches go.

You don’t have CONTROL.

Whether she’ll be attracted or not is not up to you.

All you can do is ask.

You ask by indicating interest.

Giving her a chance.

Let her show you if she’d like to dance.

How about you? When is the last time you got up the nerve to ask that cute girl you’re interested in to join the dance with you?

How To Turn A #metoo Girl Into A Me Too! Girl

If Only I Just Wanted To Get Laid