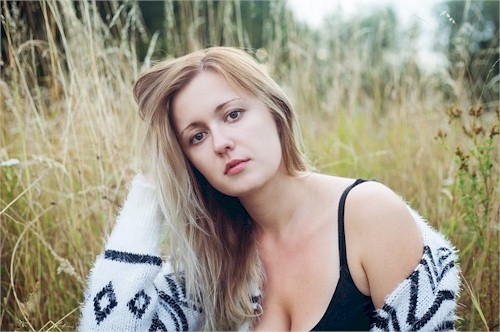 I read this article recently asking the age old question.

Why are good guys so hard to find?

It bemoans the dismal state of dating.

Especially for you girls over 30.

It claims online dating has made things even worse.

Despite female empowerment in areas of “sexual, reproductive and economic autonomy,” most of you admit your private lives are a mess.

The author says the problem is “cheap sex,” referring to a new book by the same name.

In the “good old days,” guys needed sex from you and you needed “resources” from them.

If guys wanted sex from you, they had to trade their resources for it.

So they worked hard to “earn” sex by becoming economically productive.

Everything was good back then…

But today sex is cheap.

The story is this turned guys into “louts” because a lot of girls no longer expect much for “access.”

So marriage is dying.

And that’s a bad thing.

The author says while a lot of you girls “have your act together,” most guys don’t.

Because they don’t need to anymore.

I can really empathize with you  that this “easy sex” thing is disappointing to you. It makes guys treat sex (and you) like a mere commodity.

And that is definitely bad.

I advocate loudly for guys to get their act together about all this.

But you girls aren’t recognizing your part in all of this either.

Your “problem” isn’t just that guys are “out for sex” and they can get it easily. Your problem is what you’re “out for” too.

The article I mentioned begins by saying you girls want “serious relationships” that “lead to marriage.”

You move in with some guy hoping you’re “on the road to somewhere.”

Then you get disappointed two years later when you find out he’s not “ready for marriage and kids just yet.”

Don’t you get it?

That was the OLD program.

When you WEREN’T empowered with “sexual, reproductive and economic autonomy,” you NEEDED his resources and everything marriage entailed. But you just don’t NEED that anymore.

Now you ARE empowered.

So it is completely UNREALISTIC to still be looking for “resources” from guys.

For them to marry you.

And support kids with you.

Yes I know your DNA still calls for that.

Guys know this, so they aren’t offering that any more. At least not most of them. That doesn’t make them BAD. It makes them realists.

The author of this article says you girls are the “gatekeepers” of sex, so you should “make the rules.”

But that’s where you’re messing up.

You can’t just make up any old rules you want.

The rules you choose still have to make sense.

You’re trying to enforce old rules that just don’t match up with how the world works today.

Your focus should be on romantic love.

Instead you’re still looking for SOMETHING ELSE.

Something other than love.

You should be requiring guys to genuinely connect with you emotionally, to share yourself with them sexually.

That’s entirely realistic because without emotional connection, it really is “just sex.”

Guys need to come to grips with THIS too.

I think if more of you girls insisted on emotional connection before sex, things would get amazingly better in the dating game.

But as long as you keep clinging to the past?

Keep looking for something you don’t even need any more?

You’re going to continue to be disappointed.

And its your own fault.

The fact is there are lots of good guys out there. Guys who don’t just want sex but want a genuine romantic connection with you.

They are not hard to find at all.

But you’ll have nothing to do with them.

And they aren’t required at all for REAL romantic love to flourish in your life.

The real reason you can’t find any good guys out there is you aren’t looking for them.

You’re looking for these other things instead.

So what do you think? Are you ready to start noticing all the good guys that are right there under your noses, ready to give you love?

Romantic Friendships Are The Relationship Option For the 21st Century

The Entire Dating World Is Defective Or Haven’t You Noticed? (Part 2)

A Better Response To “Let’s Just Be Friends”