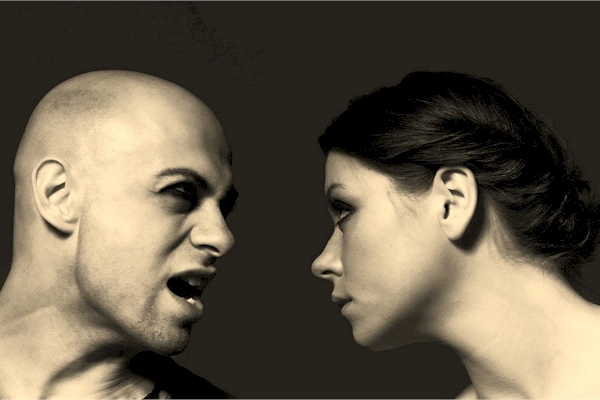 The battle of the sexes?

Which of you has it the worse in this game?

According to Nick Notas?

That depends on your point of view.

You guys think online dating sucks, because you have to pursue and entertain with few positive responses. You girls have to put up with lewd and rude messages, that make you feel like MEAT and unsafe.

Poor or low social status, and she ghosts you!

If you’re an average girl instead of hot?

That’s more important to him than who you ARE.

You may like that hotty, but she knows it and she flakes for a better option. It doesn’t matter how old he is, he still wants someone 15 years younger than him!

Try to get to know her and she’ll friend zone you.

He doesn’t know what foreplay is.

Once he’s had sex with you, he leaves.

Unless you make the move and risk rejection, she’ll never take an interest in you. Guys hit on you all the time, and you put yourself in danger if you say no.

She assumes you are a loser.

Lots of sexual experience with guys?

It is not without reason that I’ve told you the modern dating world is completely DEFECTIVE. With the battle of the sexes raging like this, it is a miracle anyone connects.

But did you notice anything?

This whole mess has common characteristics.

It’s all based on chasing attraction.

Giving in to Nature’s plan.

If you want to save yourself a lot of grief, get smarter than your DNA programming. Open yourself to getting to know ANYONE, and just see where things go and what happens.

If you do this?

Instead of the enemy?

Give each other a chance.

It’s the only way the battle is every going to end.

What do you think? Do you really need to participate in the battle like this, or is it possible to bypass all the casualities by setting down your weapons, and letting each other in with no expectations?

So How Do I Friend Zone Her?