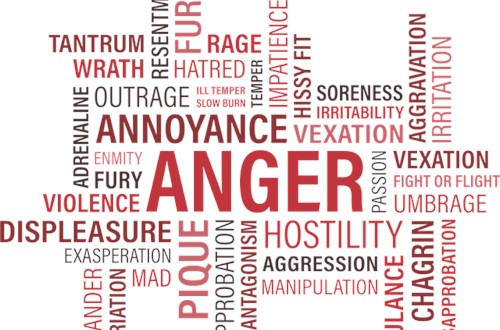 I’ve had some interesting inputs and discussions on some of my choices of terminology here at the Romantic Friendships blog.

Some people have expressed consternation while others have been either insulted or completely adamant I should not be using the phraseology I’m using for certain things.

One example is when I published my post Most Guys Are Naturally Sexually Addicted.

Of course people took exception to what I was claiming as I expected they would.

But one Facebook commenter went further and insisted I should not use the word addiction.

He felt it is pejorative toward the people in view (all guys in this case).

But the one I’ve heard now from a few different sources concerns my use of the word “girl” instead of “woman” to describe the female of the species.

I’ve been given different reasons for this dislike.

One girl insisted she’s not a girl anymore, she’s a lady.

The funny thing was the context for this statement was when I shared with her a love song I recorded .

She told me, “You have a beautiful voice. It would melt a girl’s heart.”

When I replied, “So start melting” her response was “I’m not a girl, I’m a lady standing her ground.”

To me her use of “girl” in the first statement seemed completely complementary and she was suggesting someone I might be interested in dating would qualify for that term.

But her second statement seems to take the term “girl” as a reference to a female who hasn’t quite got her life together yet.

One time a commenter took exception to the term “girl” saying “Maybe I’m nitpicking, but if you are writing an article about how far we’ve come as women, perhaps you shouldn’t refer to us as ‘girls’.”

I understand the sentiment.

The blog post she was referring to suggests it’s probably time to reevaluate the outdated assumption guys should pay for dates, recognizing the strides feminism has made in our culture.

But then she went on to say “I don’t mind being called a girl in an informal setting with people I know, but I bristle like an angry porcupine when my whole sex is referred to as little children in a public forum.”

So her first statement suggests when I talk about girls I’m calling the entire adult female gender juvenile.

But then she says she doesn’t mind being called a juvenile by her friends.

You may have noticed I used the term “female” in that last paragraph. Maybe you think that would be a safe term to use, right?

This past year I had a private conversation with a girl who insisted the word “female” is packed with lots of negative connotations and I should use “woman” instead because she cringed when I used “female.”

Okay how about “lady” like the first girl above suggested?

Ever heard of “ladies of the night?”

Surely “woman” is the only safe term. That’s what the feminists want you to think right? Wrong again.

Using “woman” falls right into the hands of Pick Up Artist W Anton who in his book The Manual says for him “woman” refers to the 10% of females who are actually attractive in the sense I spoke of in my first post about that subject.

He says 90% of all females are not attractive, and men should not spend their time pursuing them.

A can of worms with that last statement.

But I hope you get my point from all the examples I’ve shared here about my conversations over the meaning or connotations of one single word.

What does it mean?

It doesn’t intrinsically mean anything.

As you’ve seen there are as many definitions for the word “girl” as there are readers of this blog.

Yes you can attach a meaning or connotation to a word and carry that with you when you read it in this blog or anywhere else.

But that doesn’t mean the word has the meaning or connotation you’ve attached to it when I or any other writer uses it.

When you read anyone on any subject, the only way to determine the appropriate meaning or connotation of a word you are reading is by observing how the author uses it in that context.

If you did this more you’d get less uptight when someone uses of a word you don’t like.

I hope from reading this blog it will take you little time given the subject matter to recognize that when I refer to a “girl,” I’m not speaking about a juvenile.

You might be tempted to think I mean someone who hasn’t yet developed a level of maturity, since at times the things I’m referencing girls doing do indeed appear quite immature.

But my overall use is broader than this, because I also give girls credit where credit is due.

But I don’t want to leave this vague for you.

There are two reasons I do so:

The literature is full of phrases like “How to meet girls” and “Get the guy of your dreams.” This is very common terminology.

I’ve never had a guy complain he’s not being referred to as a man.

So that’s the first point.

The second point probably seems on the face of it to contradict everything I’ve been saying.

Now I seem to be calling you girls juveniles after all right?

Think Julia Roberts when she starred with Hugh Grant in the movie Notting Hill.

“And don’t forget…I’m also just a girl…standing in front of a boy…asking him to love her.”

Did any of us feel she was referring to herself or Grant’s character as juveniles?

That we weren’t experiencing the stuff of very adult themes?

Psychologists have told us forever we have an inner child. Much of our attachment challenges in relationships stem from the little girl or little boy within us that still needs healing.

But irrespective of the need for healing, do we ever really want to grow up?

I don’t know about you girls but I’m still a boy at heart.

I expect I always will be.

“Guy” is the term commonly used in the dating and relationship literature, not “boy.”

I think romantic love is the most kid-like thing we can experience with its abandonment of self and embracement of vulnerability.

It lifts us above all the dullness our adult responsibilities have made of us and let’s us enter child-like freedom again.

I don’t want to lose that and neither should you.

I mentioned above a conversation I had where the girl I was speaking with asked me to stop using the word “female” and to use the word “woman” instead, because of the connotation she had attached to the word “female.”

You know what my response to her was?

I said to her “Well I don’t mean by the word “female” what you mean by it. So rather than me change the way I speak just to accommodate a connotation you’ve attached to the word, how about instead you just take it to mean what I mean by it when I use it?”

This is my reply to you too, if you find a word I use offensive, abbrasive, or insensitive.

If once you’ve examined my actual meaning in the context where I’ve used the word, you can tell from my actual use that it does carry the negative connotations you’ve attached to the word?

Then by all means feel free to be offended, aggitated and otherwise see me as insensitive.

But if my actual use doesn’t demonstrate that I mean the term the way your negative connotation for it makes you feel?

Then recognize your reaction has nothing to do with my actual use of that word, and is only the consequence of the connotation you’ve attached to it that I don’t share with you.

All of us have to choose words to convey our thoughts.

We all have the right to use the words we feel are appropriate.

You might and often likely would choose different words than I will.

But hopefully I’ve clarified for posterity my stance on this question of word choice and connotations as we move forward.

So what do you think? What’s in a word?

So Let’s See How Romantic Friendships Size Up (Part 5)

How To Use This Blog To Heal