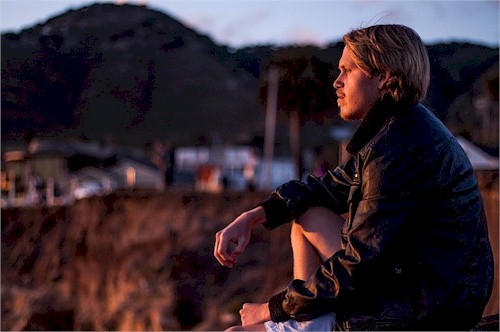 In Part 4 we continued our look at the “dark tetrad” traits.

As you’ve seen these are just Nice Guy traits taken to extremes.

This one is the scariest of all.

Here is how Troy Francis describes this trait:

“Individuals possessing sadistic personalities tend to display recurrent aggression and cruel behavior. Sadism can also include the use of emotional cruelty, purposely manipulating others through the use of fear and a preoccupation with violence.”

He even goes on to say that “…a large proportion of women, and particularly hot women, are attracted to sadists.”

Fifty Shades Of Grey wouldn’t be the phenomenon it is without this tendency.

“Time to pack up and go home!”

“You’re not going to talk me into this one!”

I’ve told you before about girls’ natural attraction.

It is for guys who are confident and charming who are willing to lead.

They cover the first two.

The narcissist weaves his seductive illusion that he is a totally charming guy to be with. His Machiavellian conniving and sociopathic “devil may care” attitude, make him seem like quite the catch because he appears confident and unneedy.

It is Sadism where his appearance of being a leader comes from.

He shows girls he is totally ready to lead by the way he is willing to dominate them.

Requiring their submission in relationship?

He appeals to their natural addiction to be “swept of their feet” and “taken.”

At its core this is her desire for a provider.

She wants someone who is strong enough and willing to protect those babies that nature has wired her to want with him. The price of his protection is her submission.

Obviously as a Nice Guy you don’t want to hurt your girl.

As always, Sadism is a good trait taken to an extreme.

What is the good, wholesome trait buried within Sadism?

It is being someone who is MASTER of his own universe.

If you are like me though, this is probably the main female attraction trait you find yourself totally struggling with. Why on earth should I need to lead a girl?

I don’t see myself as her master.

I see myself as her equal.

Trying to lead her is disrespecting her.

What I want is to walk hand in hand together.

The good news is, you don’t have to actually lead her. You just need to get your personal act together. What she is really desiring in her heart of hearts, is a guy who knows where he is going.

Nobody can be a leader in every area.

But you can be a leader in your own personality.

The real competition isn’t with anyone else.

The competition is with yourself.

Are you being the best you that you can be?

That is what your partner is truly desiring.

She wants to be with someone who is seeking to be his best self.

Seeking this in whatever he chooses to be doing.

And honestly isn’t that how you feel about her too? You want to encourage her to live the life she wants for herself and to reach the height of whatever it is she is desiring.

This is what it really means to lead.

You lead by setting your own personal example.

You don’t have to become a Sadist and really dominate or hurt her.

You just need to dominate your own existence.

And as far as that sexual dominance thing goes?

Whatever the two of you consensually work out that doesn’t hurt anyone is your business!

What do you think now? Are you beginning to believe that you can indeed be a Nice Guy and still attract the girl you’re wanting?

Why I Prefer Girls Instead Of Women

What Nice Guys Can Learn From Bad Boys