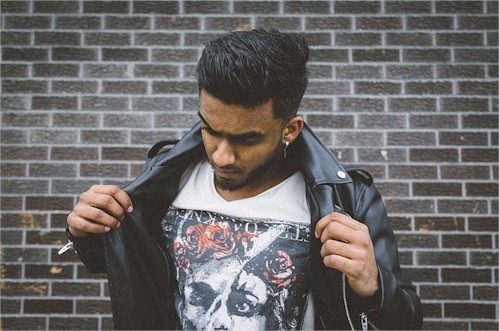 By now you may be starting to become a believer.

Realizing the Bad Boys are really just Nice Guys gone bad after all.

They’ve taken traits that Nice Guys have and driven them to extremes.

This is also the real secret to the Bad Boy’s charm.

He’s attracting girls by over-accentuating what they really love in YOU.

All you need to do to beat him at his game is make sure you’re solid in these things yourself.

So far you’ve seen in Part 2 and Part 3 that narcissism and Machiavellianism are just self-love and confidence and understanding and discernment gone bad. Taken in healthy doses they are the real Nice Guy’s charm.

So what about the third dark tetrad trait Troy Francis talks about?

Surely here finally you’ve got a trait you should avoid like the plague.

How could it possibly be nice to be a psychopath?

This is especially so when you hear how Troy describes this trait:

“Psychopathy is traditionally defined as a personality disorder characterized by persistent antisocial behavior, impaired empathy and remorse, and bold, uninhibited egotistical traits.” It’s “a total lack of empathy. Imagine if you didn’t give a sh*t what anyone else thought of you…The best seducers I’ve met have this somewhat distant, withdrawn, cold element to their natures.”

I bet you’re wondering how I’m gonna pull a Nice Guy trait out of that right?

It’s more obvious than you think.

The trait I see is assertiveness.

Not being influenced by what other people think.

Of course a Nice Guy cares about the thoughts and feelings of others. But he doesn’t let that prevent him from being assertive and standing up for his own beliefs.

Always doing what other people think you should?

In a passive sort of way for sure but controlling nonetheless.

You’re worried about what other people think .

You’re doing what they want to try to get them to like you.

This is what makes the Bad Boy attractive to girls. He FEELS like he doesn’t need them.

But secretly he does.

He’s faking he doesn’t by pushing that to extremes.

When you’re truly a Nice Guy you really ARE outcome independent.

You genuinely are okay no matter what people think.

You live your life AUTHENTICALLY, let the chips fall where they may.

The Bad Boy is psychopathic because he isn’t really secure in himself this way. Just like the narcissist’s fake confidence, the psychopathic Bad Boy really DOES care what people think. His don’t care attitude is a thick veneer to hide his insecurity once again.

As a truly Nice Guy you don’t need anyone.

You are just genuine and want to connect.

When you are needy people feel that in you.

Makes them want to run.

They can feel that you’re only faking nice with them.

You’re really just trying to GET.

Nobody wants to be with somebody they feel is really out to get and not to give. Somebody who is okay with himself doesn’t need to get in order to give himself freely.

When you are truly assertive?

You can stand on your own.

You can go it alone if you have to.

But the funny thing is?

When you do things this way?

You’re not going to be alone at all.

When you are truly outcome independent and have the courage to stand for what you believe in come what may? People rally around you and want to follow.

Is definitely something to cultivate in your life.

Let go of neediness and be your own person.

See how it changes everything.

So what do you think? Are you getting ready yet to go kick some assh*le butt by being a REAL Nice Guy who gets the girl?

Being Introverted Is Your Superpower (Part 2)