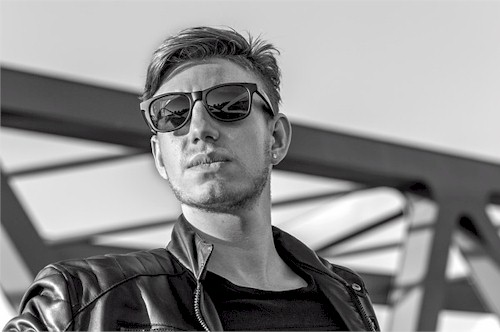 So far in this blog post series I’ve told you to take a look at the Bad Boy traits.

The ones Troy Francis outlines in his book How To Be An Assh*le: Beautiful Women Love.

They are Narcissism, Machiavellianism, Psychopathy, and Sadism.

Last time in Part 2 you looked at narcissism and saw it was really just self-love and confidence in disguise. Just those good qualities taken to an unhealthy extreme.

A counterfeit of the real deal.

The real deal you as a Nice Guy should have.

In bucket loads in your arsenal.

When you’ve learned to be okay with who you are?

You realize just how powerful being a Nice Guy is.

Today I want to look at the second dark tetrad trait Machiavellianism, to see what it has to offer. As always on first glance you probably think…not so much.

How could THAT be a Nice Guy trait?

To use cunning and deceiptfulness?

Isn’t this once again the EXACT OPPOSITE of what a Nice Guy is?

Troy Francis takes this even further:

He says it is “characterized by a duplicitous style, a cynical disregard for morality and a focus on self-interest and personal gain.

And Nice Guys should cultivate THIS?

As was the case with narcissism though, this is just a Nice Guy trait taken to extremes.

The core of Machiavellianism once again is something very good.

Something you should INDEED cultivate.

Something good the Bad Boy is just doing wrong.

So what is the core of Machiavellianism that can be perceived to be actually worthwhile? Something as a Nice Guy you definitely want in your life?

This positive core is wisdom and discernment.

“Be wise as serpents, and gentle as doves.”

What did he mean by that?

He means you certainly should be a Nice Guy.

But don’t check your brains at the door.

The world is a complex place.

Human relationships are complex too.

Including how romantic love works.

In a way that is discerning.

As you know I spend a great deal of time here analysing what you WANT in your love life, compared to what you actually GET.

I tell you to be smarter than your DNA.

If you let yourself be led about, you’ll be disappointed again and again.

So you need to be a WISE person.

Understand how all this works.

Only then will you be a person who can balance your relationships.

Enjoy the connection you deserve.

While I wouldn’t recommend you be duplicitous per se, there is also something to be said for knowing when to speak and when to be silent.

Honesty is a wonderful quality.

But sometimes it’s better to discern.

Does what I’m thinking really need to be expressed?

Will it help here or will it hinder?

I’m not talking about deceiving your partner or keeping things from each other.

This is the “gentle as doves” part.

It takes discernment when to apply it.

Of course the Bad Boy is Machiavellian in the extreme way he is, because as you saw in Part 2 as a narcissist he’s insecure in himself. So he IS going to “disregard morality” and focus on his own perceived “self-interest and personal gain.”

But that’s because he’s not a Nice Guy.

Not secure in his own skin.

As a Nice Guy you care about what’s good for others too.

Not just take and take.

As you can see, Machiavellianism is INDEED just another Nice Guy trait gone wrong.

At its core it is a good thing too.

Something you should definitely emulate in your life.

So are you concerned yet? Is it starting to look like the Bad Boys really are just stealing from your Nice Guy play book after all?

What If Her Overweight Body Disgusts You?