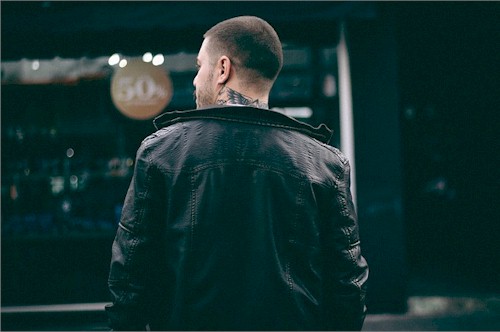 In Part One of this blog post series I introduced you to Troy Francis.

Troy is a pickup artist who helps guys become “an Assh*le that beautiful women love.”

In other words, he shows you how to become a “bad boy.”

He recommends you cultivate the “dark tetrad” traits:

What I want to do in this post is start to make good on my shocking claim that as a nice guy you can benefit from learning to cultivate these traits.

In this post I want to look at narcissism.

Show you what it’s got to offer.

Of course as I told you in that preliminary post.

It’s not the bad boy trait you need.

Instead it is the positive core that this bad boy trait displays.

That is what you want to explore.

What you want to claim as your own.

Because rooted in the pit of narcissism is something totally good.

Troy Francis says that at its core, narcissism is just self-love.

The thing that turns it into a “dark tetrad” candidate, is the narcissist takes this to extremes.

He sees himself as the center of the universe.

What matters most to him?

Nobody is as important.

Nobody even comes close.

Everything the narcissist does is designed to inflate his own estimation of how completely wonderful he really is. He’ll do everything he can to get you to acknowledge this as well.

So how can this extreme self-love be considered a nice guy trait?

Of course in this extreme form obviously it can’t.

And ultimately the narcissist claim, is really smoke and mirrors.

The main reason the narcissist promotes his own self worth?

He doesn’t really believe in it himself.

When you are a person with real self esteem, you don’t find any need to convince anyone about it at all. You just know your own worth and live your life in the beauty of this fact.

And the genuine version of THAT is the nice guy trait the narcissist is telling you to embrace.

It’s the reason all those girls he draws are attracted to him at all.

He LOOKS supremely confident to them.

But REAL confidence is actually TOTALLY a nice guy trait.

You CAN’T have true confidence ANY OTHER WAY.

Who have you ever experienced who was TRULY confident, and wasn’t also at the same time one of the NICEST people you ever met?

It’s just a fact that when you are confident, you are a great guy to be around!

People know you have NO AGENDA.

You are not trying to get anything FROM them.

Instead you feel so good about yourself.

The more you truly give?

The more you receive in return!

I read a Facebook meme once that really summed this up: Confidence is not “they will like me.” Confidence is “I’ll be fine even if they don’t.”

This is what you want to BE.

A guy who is SO NICE, you don’t need anybody else to CONVINCE YOU that you are.

Instead you just give of yourself.

Because you know you are totally okay.

When you become the guy the narcissist is PRETENDING to be.

Girls will FEEL this and be drawn to you.

But those haughty and insecure girls FEEL IT TOO.

It’s just their own emotional wounds that keep them getting fooled by the narcissist’s charm. His counterfeit confidence keeps drawing them in, inspite of the fact he endlessly lets them down.

I had a nice guy client who struggled with this.

I helped him overcome this.

Now he has an ease with girls he never knew before.

You can cultivate this nice guy trait too!

All it takes is a little tweak.

And your attraction rating will hit the roof!

What do you think? Do you think its time to add to your nice guy profile and let that narcissist teach you a thing or two?

Should You Tell Him He’s In The Friend Zone?

How To Be A Modern Casanova