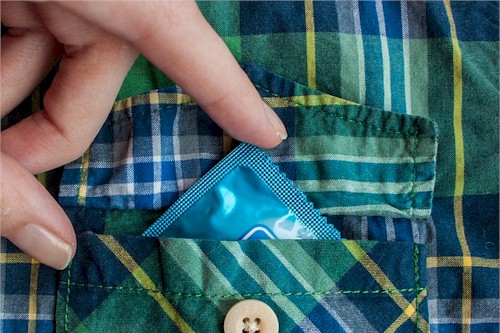 One of the things I struggle over is what to think about recreational sex.

When you have recreational sex with someone, you don’t necessarily care about the person you’re with.

A lot of times you don’t even know them.

Even if you’re in a “friends with benefits” relationship and not just participating in a pickup, you’re still just using each other to “get off.”

If you’ve hung out here for any length of time, you know I’m not an “out for sex” guy.

What I really want is romantic love, which involves emotional connection too.

A former dating coach of mine who is a very “out for sex” guy, told me in no uncertain terms that sex is just “a biological function. Nothing more.”

He’s totally fine with that.

What’s odd is that this guy is a libertarian.

That political tradition has studied the conditions of freedom extensively.

They’ve asked what it means for a person to truly give consent.

Is consent just agreeing to something?

What if you’re coerced into giving your consent?

Then you’re not really consenting after all are you?

You would probably agree with that, but what about a person who is a slave and actually wants to be one?

Is that person giving consent?

He seems to be.

But you’re still uneasy about an arrangement like that aren’t you?

Even if a person voluntarily chooses to be a slave, you probably find yourself feeling it can never be legitimate for one human being to own another, no matter who has consented to the arrangement.

It just seems plain wrong in a fundamental kind of way.

A person consenting to let himself be used just doesn’t seem right.

I know when you consent to recreational sex, neither of you owns each other.

But you’re still using each other and agreeing to let yourselves be used aren’t you?

Is it enough to treat each other as nothing more than things for your pleasure, as long as you both agree to it?

Or like in the case of the voluntary slave, is there something fundamentally not quite right here?

Isn’t it a no brainer that when you have recreational sex, you’re dishonoring to the human person you have it with?

Because you’re treating them as nothing more than a thing for your pleasure.

You don’t care about them.

You are just using them as a means to an end, to obtain the sexual pleasure you desire.

When I think about all this in these kinds of terms, the wrongness of recreational sex seems so clear.

But then I start to think about the rest of life and how I see this pattern of using people everywhere.

When you go to the store to buy your groceries, you’re using the store clerks to serve your desires.

When you watch a Harrison Ford movie, you’re using him for your entertainment.

In every business or social interaction, you are using somebody in some way.

Yes these are all voluntary exchanges.

The people you are using are giving their consent.

But you don’t literally care about most of the people you use, to accomplish the ends you seek.

You just use them without a second thought.

Now you might say, “Wait a minute Kel! There’s a big difference between using someone for sex, and going to see a movie.”

That would be like the involuntary slave I talked about at the start.

But assuming exploitation doesn’t exist, what is wrong with any voluntary sexual exchange, whether commercial or otherwise?

Why do you feel so different about this when the subject is sex, than you do about taking in the latest Star Wars movie?

I have to admit, I don’t really have a clear answer here.

My main answer is recreational sex is a pretty empty substitution for true romantic love.

Since I think such love is your purpose, I encourage you to pursue it instead.

But then again, just because you know regular full course meals are better for you, can you really say you should never treat yourself to an ice cream cone?

What do you think? Is there something fundamentally wrong with recreational sex or is using people alright as long as they consent to it?

Love Isn’t Meant To Be Efficient

Here’s How To Know Your Relationship Is Meant To Be