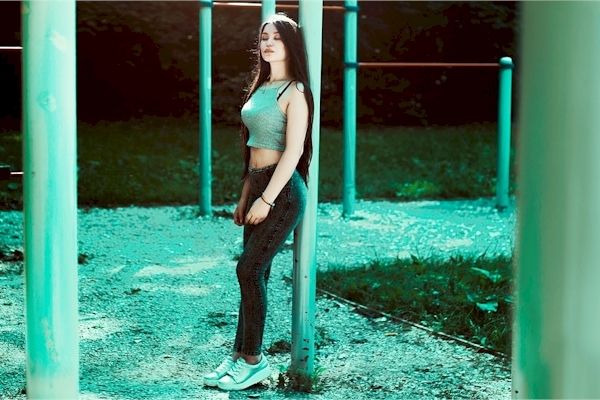 I’ve had an appreciation for certain female assets.

I’m not saying I don’t like breasts as well of course because I think it goes without saying that’s the case for most red blooded males.

But if I had to choose between the two?

The derriere would definitely win my vote.

Why do I have this proclivity for posteriority?

I discovered a magazine under my Dad’s side of the bed one day.

That girl’s bottom remains indelibly embedded in my psyche.

But it turns out this attraction of mine stems from something very much more noble after all. I found out today the real reason I like girls with nice butts is because I’m really being drawn to their INTELLIGENCE.

I have science to back me up on this.

From the University of Oxford no less!

A recent study there proves this is the case.

According to the research girls with nice butts?

They are smarter and healthier than girls without them.

Take that you bouncing blonde bimbo!

As long as she is sporting a plump pair of cheeks?

She can run intellectual circles around you!

Your Double Ds may make you stand out in a crowd.

But that girl with the shapely behind is leaving with the PhD!

“Women with bigger backsides tend to have lower levels of cholesterol and are more likely to produce hormones to metabolize sugar.”

What does that have to do with being more intelligent?

I have no idea!

But it works for me!

Who am I to question science?

And apparently having a big butt requires excess Omega 3 fats as well.

That has been proven to catalyze brain development.

Though I’ll have to take their word for that? I’ve always found that extra Omega 3 on a girl definitely get’s MY brain developing in interesting directions!

Isn’t it wonderful guys that you live in such an advanced world now?

Where science is always giving you another reason to live?

Now you can go forth with more purpose in your life!

And you can know this:

When you are attracted to a girl with a nice butt?

You’re really attracted to their intelligence and personality!

What do you think guys? Is it time to go out there and add a few more smart, intelligent girls to your life?