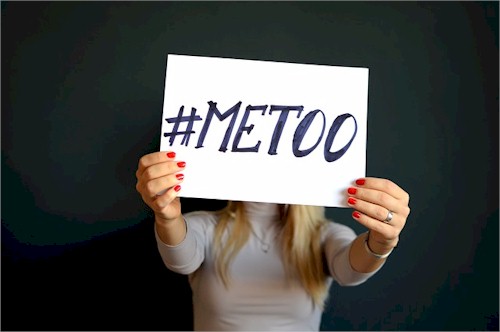 Ever since the whole #metoo phenomenon started?

I’ve been wanting to write something about it.

When I saw it appear?

I immediately knew something was wrong.

Not wrong with every guy who exists on the planet.

What I felt was wrong was the impression it gave that every guy on the planet should THINK he is somehow wrong…just because he is a sexual being.

That guys are basically subhuman.

For being into girls.

Enjoying them as objects of sexual desire.

I know a lot of bad things have been done.

Are being done today.

My heart broke as I read the stories of girls who had experienced genuine sexual assault. Actions performed by guys who disregarded their humanity and their worth.

But then there were the other stories.

The all too nebulous ones.

The ones where everything was left to a girl’s subjective interpretation of what went on.

How it made her feel.

Regrets about choices SHE made.

The stories that claimed not TRUE sexual assault but instead claimed she was subject to what has become known as “sexual harassment.”

This is where things get problematic.

And the “call to arms” way too quick.

I know all about being uncomfortable.

Uptight with my sexuality.

So I looked up the definition of sexual harassment.

And sure enough, this is what I found:

It’s “the experience of unwanted sexual advances or obscene remarks.”

The magic word there is “unwanted.”

Saying sexual harassment is “unwanted” sexual advances, makes the whole thing “vaporware,” as we used to say in the software industry about software that doesn’t really exist.

You see, once YOU get to define it?

By how it makes YOU feel?

ANYTHING can become sexual harassment.

A study was done in Europe that confirms this.

It was very revealing.

They asked hundreds of people in different countries if a lot of different things were sexual harassment. The different interpretations across people was enormous.

No no. All of those are fine!

Depending on who you talk to.

Let’s face it. The whole idea of “sexual harassment” was created to let you unilaterally try, judge and sentence the behavior of anyone you don’t like.

You can experience the same behavior from two different people.

And not even see it the same.

If a cute guy approaches you?

You say he asked you out.

If you’re not attracted to him?

Then he harassed you.

The real meaning of “sexual harassment” is how uptight you are about your own sexuality. How prudish you’ve become.

Trust me I know.

I spent the better part of my life unable to relax about sex.

To see it as a normal thing.

Not something to be uptight about.

In my case it was every attractive girl who walked around, that was harassing me by flaunting her sexuality in my face.

You want to talk about triggered?

I couldn’t go anywhere without my sexual addiction firing up.

You know what I thought the answer was then?

You girls should all don burlap sacks.

Hide the fact I found you objects of desire.

I’ll give you girls that every guy should completely dumb down his natural sexuality, if you’ll give me that you should do everything you can to hide the fact you have sexual allure.

I suspect many of my religious readers?

You actually agree with that thought.

Can’t handle that God made guys and girls to attract each other.

But I hope my #metoo girls will do a double take.

What you’re advocating with your subjectively interpreted concept of “sexual harassment,” is just the old religious repression of sexuality, that your sisters fought so hard to escape.

You haven’t really healed from all the repression you’ve experienced in the past.

Yes I know there’s been trauma too.

But that stemmed from the same repression.

And it doesn’t obligate the entire population of males to become your walking therapist.

What do you think my #metoo girls? Is it time to maybe get real help for those sexually repressed sensitivities of yours?

The Girl With The Red Hair