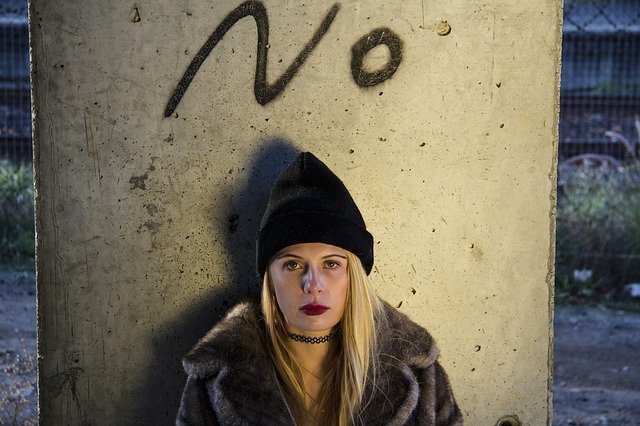 In Part 1 I shared with you the popular definition of “sexual harassment.”

It is said to be “unwanted sexual advances.”

I pointed out this is completely subjective.

It’s all about your feelings.

What I didn’t know at that time?

It’s also inconsistent with the REAL definition of harassment.

According to the dictionary, harassment actually means “aggressive pressure or intimidation.”

Isn’t it interesting how the real definition is about objective actions and not your subjective feelings. It is the actual act of applying pressure. Not the subjective experience of FEELING pressured per se.

So what defines an act as aggressive?

What does it mean for it to be intimidating?

Is it enough that you simply feel it is?

Or does the person’s INTENTION matter too?

I remember when I first studied up on this subject of sexual harassment, I ran across the writings of feminist author Laura Kipnis. She is famous for writing about a Title IX sexual harassment case at Northwestern University.

It all started when Laura attended a harassment workshop on campus.

She documents this adventure in her article Sexual Paronoia Strikes Academe.

The workshop leader announced you should not make “unwanted sexual advances.”

Kipnis quipped from the back of the room “How do you know they’re unwanted until you try?”

She went on to author the controversial book Unwanted Advances.

It documents how this paranoia led to one professor’s kangaroo court trial.

The key idea Kipnis and other 2nd wave feminists like Camille Paglia point out? What #metoo preachers call sexual harassment is often just sexual phobia instead.

It is paranoia over NORMAL expressions of sexual attraction by guys.

This is confirmed by a recent Psychology Today piece as well.

The real cause of this so called “problem of harassment?”

It’s not that guys express their interest in you.

Instead it is your expectation they can read your mind.

Even when you fail to make it CLEAR you’re not interested too.

The article lists 5 reasons it is hard to shake “unwanted attention.” They all stem from this single source of failing to be an adult and explicitly tell guys how you feel.

Instead you assume they will just “see” your discomfort.

They will just know you’re “worried.”

They will notice how much you are “trying to avoid them.”

They’ll notice how distracting their attention is.

And last but not least they will understand your reputation concerns.

What the article shows is your alleged “sexual harassers” aren’t harassing you actually at all. They are not being “aggressive” or “intimidating.” Instead they actually have NO CLUE you’re not interested.

Because you don’t give them that.

You do everything else instead of it.

What is the astounding solution this indepth study suggests?

More direct approaches will be seen by “suitors” as acceptable.

Because instead of trying to harass you?

They’re just letting you know they’re interested in you.

They see you as an ADULT who surely has the maturity to freely assert if you’re not interested also.

In layman’s terms if you’re not interested in somebody who is expressing interest in you just TELL THEM. Instead of constantly beating around the bush let them KNOW.

So don’t expect that of them.

And don’t punish them because they don’t.

Or because they are just expressing their interest in you!

What do you think? Could you just thank that guy for his interest in you and tell him while you’re flattered you don’t feel the same way as him?

Close Encounters Of The Best Kind