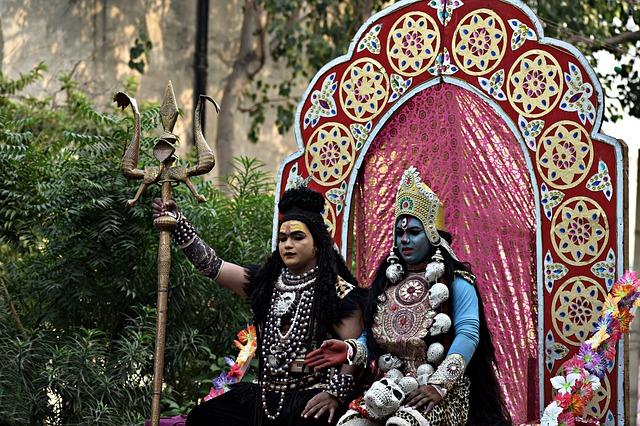 I know for a lot of you yoga girls?

Kali is kind of a hero to you.

This Hindu goddess represents your shadow.

That pent up rage from all the abuse you’ve experienced.

As the article indicates every one of you girls has your own Kali inside you. Depending on your emotional insecurities she will show up more or less.

Your guy knows this all too well.

He is terrified of your intense emotionality.

As the author of this article points out?

When he encounters your Kali he does one of two things.

When your emotional outbursts happen, your guy will either cower before you or he’ll gaslight you. Neither of these things help you though because what you really want is to be HEARD.

He is the hero of this story.

He saves Kali from her rage.

When he does she feels safe so she can love him.

How does he do this?

He lies down and lets Kali KILL him.

By now this story should be starting to sound familiar, from a blog post I wrote called Your Job As A Guy Is To Accommodate Her Insecurities. In it I told you about the relationship “advice” of David Deida.

When you test him he should just stoically “take it.”

No matter how “bat shit crazy” you get?

He should be this passive Shiva dude.

Don’t get me wrong here. I totally agree that you should be able to voice your opinions. Any guy who dismisses what you think or say isn’t being cool.

Thankfully the author of this article though?

His idea of Shiva dying is a little bit better.

Yes he thinks Shiva should still “take it” from you.

But this doesn’t mean endorsing you when you fume.

There are adult ways of expressing your concerns and blasting into your partner isn’t one of them. Yes your guy should love you through these times but he should also call you on it.

How does he do that?

First by loving you for your Kali.

Keeping his own cool.

Recognizing your anger isn’t about him.

There is nothing here for him to fix.

Though he supports you like this, it doesn’t mean he should just bend over for you. Though he should never shame you, he should still set clear boundaries, by approving of you but not the fuming that you do.

I’ve talked about protecting your partner before.

You need to wait to communicate until you’re feeling civil.

Remember what I told the guys as well?

They should to steer clear of you when you’re PMSing.

Until you’re back in control of yourself?

All you’ll do is damage your connection.

Oddly though, the author of this article doesn’t give your guy the same right to vent his own insecurities. Instead he tells him to deal with his issues first, so he can be there for you.

I do agree he should deal with his own stuff.

But ideally you should do that also.

The two of you are ultimately responsible for your own problems.

Don’t expect your partner to make up for what is LACKING in you.

Romantic love is predicated on the nurturance of positive feelings. When negative feelings are happening, it’s no time to be together until they’re through.

The right answer for negative feelings?

Come together when you’ve calmed yourself down..

Then discuss them in a loving manner, that protects the two of you.

What do you think? Is Kali just an excuse to abuse your partner or can you acknowledge her by maintaining your loving connection while you do?

How To Protect Your Partner When It’s Time To Disagree

How To Know If Your Relationship Is Really Okay