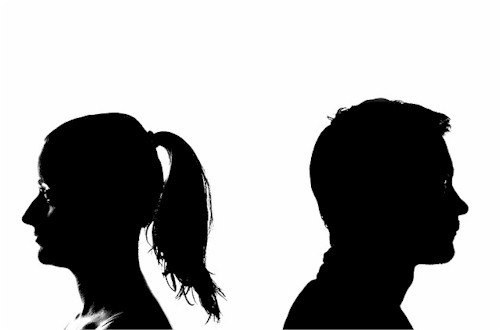 I’ve done a lot of dating since I came to Vancouver over a year ago.

I’ve met girls through online dating, meetups, and in my day to day life.

In fact I like to maintain the habit of talking it up with girls I find attractive everywhere I go.

By doing this I’ve met a lot of really great people.

Some have become good friends.

Others have been lovers.

Some of them have ended up somewhere in between.

That last one is the price I pay for desiring Romantic Friendships. I end up friend zoned by girls I really desire to enjoy a greater intimacy with, because I take the time to get to know them as friends before escalating physically.

What this all means?

I’ve had a lot of conversations with girls about love and romance.

My dating life is a bit out of the ordinary this way.

It’s the nature of what I do and how I approach relationships.

As I’ve chatted with all these girls there is one thing I’ve heard from them so consistently it really scares me.

It scares me because of the ramifications it has for long term relationship happiness.

They each say it a bit differently but they almost universally say this same thing in one way or another.

“There is a place a guy can go where the emotional wounding I experience is so deep there is no coming back from it. There is a point of no return where the relationship is just over.”

How terrifying this piece of information is.

I have never heard a guy express himself this way.

Yes guys can get very angry.

Despite all beliefs to the contrary they can get very very hurt too.

But never to my knowledge has any guy ever said that a girl could do anything to him that he would consider too much to come back from. Too much to continue being in a relationship with her.

I don’t know if this is just because guys are generally more logic oriented than emotion oriented.

We tend to live our lives by what makes sense to us.

Not by how it makes us feel.

In fact we often maintain our reliability in the face of very difficult emotional experiences.

Doing what we said we’d do.

You girls are usually the exact opposite. You gauge everything by how things are making you feel. You change what you say and mean as your feelings change.

I guess that’s what this polarity thing everybody speaks of is all about.

David Deida in The Way Of The Superior Man says guys must be masculine enough to be the steady influence in a girl’s frequently emotionally tumultuous life.

Many feel this is normal relationship with femininity.

I’ll have thoughts on this in the future.

The other scary thing about this piece of information is, what constitutes a point of no return seems to differ from girl to girl. I’ve heard all sorts of different stories of what a guy did that was “too far.”

Which means no guy can actually guard against this in his relationship with a girl.

With any particular girl?

It is a total crap shoot what will be going over her edge.

I know to you girls this probably all sounds normal.

Well the problem from a guy’s perspective is he needs to plan his life.

It has to have a stability that can be relied upon.

You actually value things when your guy does this.

You count on him to be your stability in the midst of your emotional storms a lot of the time.

But for a guy to do this he cannot make his plans in such a way that his long term financial life and happiness is dependent on anything as unpredictable as this. Which means the only option he seems to have is to not give you the commitment you desire.

Because if he lets his fate get tied into anything as undependable?

As unpredictable as this?

It could mean financial and emotional disaster for him.

So since you admit you are sort of a walking time bomb?

Waiting at any minute to go off?

Don’t be surprised if a guy will not give you the commitment you want.

If you don’t like this I guess? You’ll have to figure out how to become less undependable.Either that or be open to alternative relationship options than monogamy.

A guy is much more likely to be willing to take this exposure if all his eggs aren’t in one basket.

But when you view the success statistics for monogamy (17-20%)?

When you realize that 65% of all divorces are instigated by the girl not the guy?

Can you understand why a guy who functions more on logic than emotion would be more tempted to hedge his bets?

I expect to hear various responses to this like “Hedging your bets isn’t fully committing. That’s not what love does.”

But who is normally normally spoken by?

The person in the equation most driven by fantasy.

The one most likely to decide “It’s over” because her emotions tell her she’s just been wounded too much.

That it’s just not something she can come back from.

As always I’m pointing out one of those primary relationship conundrums that I don’t really have an answer for. But since I’ve heard this “impossibility of return to love” from almost every girl I’ve dated in one form or another.

I’ve heard nothing to suggest guys shouldn’t be wary.

It seems you girls should develop a more realistic picture of your patterns.

Learn to adapt to this reality too.

Admit you should demand less from the guys you seek relationship with.

Am I right? If not please tell me why?

I’m Not Into Polyamory I’m Into Romantic Love

How To Make Sure You Never Lose Your Lover

If You Want Love Stop Trying To Be The Best You