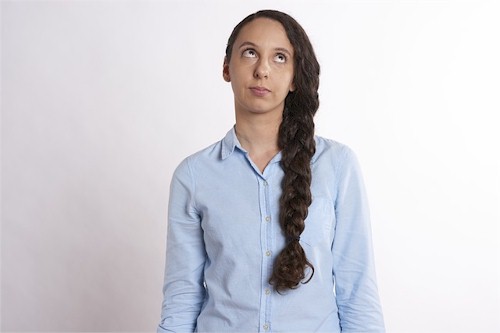 As you know I talk a lot about monogamy here.

Why it doesn’t and won’t work out.

Not the way you hope it will.

It’s track record is about 3 years.

Sometimes a little longer if children come into the picture.

But ultimately long term monogamy, where you marry (or cohabit) and live happily ever after, is simply not something that is in the cards.

I’ve shared a lot of reasons why this is so.

It has to do with familiarity.

The cares of this life.

All the things that crowd out love.

So I present a viable alternative here if you want to pursue romantic love in your life. The idea of Romantic Friendships. Go for love without the baggage.

So where did I come up with all this?

These crazy ideas about how love works?

How to make it work?

I’ve had a lot of influences of course.

One major influence on a lot of my thinking is a seduction community blogger named Caleb Jones. He goes by the moniker Blackdragon.

So I relate to him a lot.

I coached with him briefly in early 2015.

His approach was too “out for sex” and manipulative for me.

So I had to move on.

But I still read his blog regularly.

Despite my respect for Blackdragon, a while back he published a piece about open relationships, that to me was the epitome of naivety when it comes to romantic love.

He was addressing a concern.

One many of you have.

About the idea of open relationships.

Won’t your partner leave you?

If they are allowed to see other people too?

The concern many people have with open relationships is that your partner will fall in love with somebody else and decide they want to be with them instead.

I’ve talked about jealousy before.

It’s something we all have to deal with.

But it is also the pathway to true COMPERSION.

Where you take JOY in the happiness of your partner.

Even if they are enjoying it with someone ELSE!

But Blackdragon will have nothing to do with compersion or having romantic love among multiple partners. At least not when he’s picked the girl he thinks is “the one.”

For all his wisdom about monoagamy?

He STILL has a concept of “the one.”

He calls it an OLTR.

He says when you pick this person?

You need a good set of RULES.

Ones you both adhere to RELIGIOUSLY.

In an open long term relationship, your partner is like your boyfriend/girlfriend or your husband/wife. You live together and find your emotional romantic connection with each other and not ANYONE else.

It always leads to people cheating.

Because they want more SEX.

So one key rule is you are both allowed other partners.

As long as they are ONLY Friends With Benefits.

He says the reason polyamorous relationships go awry is because people always play footloose and fancy free with their rules and end up becoming INTIMATE with others.

Once that happens it’s game over.

At least for Blackdragon’s FAUX monogamy.

But this is entirely the point.

He has literally spent years and years.

Reams and reams of words on web pages.

Showing that this kind of “one and only” relationship doesn’t work.

But now he thinks HE can beat the system.

What he is failing to recognize is that monogamy has been trying to CONTAIN people’s emotions and desire to connect with others as long as history has been unfolding.

If it was JUST a matter of RULES? Don’t you think that would have worked by now?

Sure, having friends with benefits provides a bit of sexual pressure release.

For a guy with Blackdragon’s high libido, I’m sure to him that must make sense.

But he’s naive to think his OLTR girlfriend ONLY needs that.

Girls become emotional when they have sex with someone.

Blackdragon himself counts on this fact, when he is first seeking to bring a girl into his “system” of dating and relationships.

He says you need to have sex with a girl twice.

As quickly as possible.

That’s how you achieve emotional LOCK-IN.

Once a girl has had sex with you twice?

She thinks of you as HER guy.

(Hey. I told you I found this guy just too manipulative!)

How does he think he’ll escape this fact if his OLTR girlfriend has sex with others too?

Another thing he’s not taking into account? The natural effect of moving in and living together, like he wants to with the OLTR girlfriend or wife he takes on.

Once a girl becomes familiar?

What is to stop her then, like any other girl?

I do agree with Blackdragon that by being non-monogamous, he is offsetting SOME of the natural tendency of his OLTR partner to take him for granted.

And obviously he’s making sure his sexual needs are met.

And I’m sure his reply to what I’ve said here would be quite simple.

“If she does, then I’ll just HARD NEXT her and move on.”

But that is just the point.

I see nothing gained by all these rules whatsoever.

All this attempt to prevent love from happening.

People experience romantic love, when they experience someone they value.

The problem with monogamy is not a lack of rules.

It is it’s failutre to understand how love WORKS.

OLTR rules fail this test too.

Blackdragon has a different system he calls MTLR, which stands for Multiple Long Term Relationships. He admits with these you are free to be as emotional and romantic as you want with anyone.

This approach is very similar to what I call Romantic Friendships.

My main difference from Blackdragon’s approach?

I don’t use sex to manipulate girls as a tool to get them LOCKED IN to me.

I recommend instead taking time.

Then sex comes naturally as a desire to share yourselves completely. Because you value each other for who you are.

No you can’t guarantee love.

You can only remain open to it.

When you find it?

Love with an open hand.

Enjoy your connection without expectations.

What about you? Do you think you can finally give up trying to tie love down with rules and simply open your heart to enjoy it and watch it fly?

It’s Time To Break Free From Your Sexual Prudishness

How To Trap Your Partner And Not Get Caught