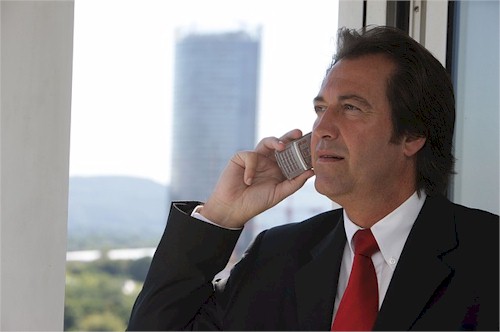 When it comes to attraction, guys get better with age.

I read a pickup artist a while back who is in his late 20s.

Wanna know who he says his major competition is?

Because when it comes to attraction, guys get better with age.

Because what you girls find attractive is confidence, charm, and the willingness to lead. These are things you younger guys struggle with and are always wishing you had already.

Because you don’t have any life experience yet though?

You haven’t had to overcome ANYTHING.

So you’re not confident.

Instead you come off nervous.

You’re “fiddly” and unsure of yourself.

That tends to irk the girls out big time. Which is why all the “dating” advice from the pickup artist community is teaching you guys to fake all this.

There isn’t much else you can do about it in the short run.

Because until you’ve lived…well…you haven’t lived.

There is something you can do about it though.

You can get out there and actually start living.

Don’t just sit there hiding in your parent’s basement bedroom wishing you had somebody in your life. Instead get out and do something about it by getting some experience under you belt.

You can do that as part of your training of course if you want to.

Even the act of trying to approach girls and talk to them, is a form of confidence building.

But you need to get on with your life and actually live too.

Find something worthwhile to do then go out there and get that happening. When you do you’ll find something very interesting takes place.

As you experience life?

This only bets better with time.

Are you an older guy and don’t feel confident with girls?

You have what most young guys wish they had. The natural confidence that comes from having a lot of years under your belt.

That is HUGELY attractive.

Even with younger girls.

Did I say that out loud?

You can date and have a relationship with a girl significantly younger than yourself if you want to.

You girls are probably thinking this just isn’t fair.

Nature is a bitch.

For you the process functions in reverse.

You become LESS attractive with time.

Because for guys attraction is mostly physical out of the box.

Only guys who mature and learn come to offset this.

But even a guy who is very aware?

It’s still going to MATTER to him how you look anyway.

While you age and your physical looks start to wane, guys continue to be attracted to girls who appear YOUNG AND FERTILE.

It’s just the way nature has wired us to be.

And because girls are attracted to confidence and charm?

Those younger girls are attracted to older guys too.

So they continue to be your competition right to the end of your days.

But this doesn’t mean the situation is completely without hope. You have some capital in your favor too.

I was at a workshop in Vegas a couple years ago, where most of the attendees were in their 20s.

But there were two older girls in their 40s too.

One of the younger guys made a statement that encouraged me.

He said, “You know the most attractive women here today are those two “older” girls right?”

And he was right.

Not because they were as youthfully pretty as the other girls who were there.

But because they both carried an attractive life depth about them, it gave them a definitely magical allure.

But they were also girls who had kept themselves.

Yes they had wrinkles from age.

But they were still slim and healthy.

They dressed attractively too.

They presented in a mature but attractive way.

This is something you must always do as a girl, as you move into your later years.

If you do I’ll bet my bottom dollar you can date much younger guys as well. Because those guys see how flighty and immature their pretty young things are too.

While I’ve had relationships with much younger girls?

What attracts me to them is their maturity.

Since I’m not an “out for sex” guy, I don’t go for girls just for their looks.

I don’t date based on age at all.

I’m interested in girls who are attractive and mature and interesting and worthwhile, whatever their age may be.

Any guy worth being with?

He’s going to feel the same.

So the more attractive you are in your personality, the less physical “perfection” applies for sure.

But it never ceases to be important at all.

So you need to be the best you that you can be that way too.

Given the choice between a mature attractive girl and someone who’s let her looks go, most guys are going to be more naturally attracted to the first, whatever her age may be.

So whether you’re a guy or a girl?

Your assignment remains the same.

Work on your attractiveness all the time.

If you slack off well then enjoy the consequences!

If you’re a guy this means continue always to work on your confidence, charm, and willingness to lead.

If you’re a girl it means continue always to work on your physical appearance as you shine your personality into the world.

What do you think? Are you ready for the harsh realities nature has served up on your plate?

What Nice Guys Can Learn From Bad Boys (Part 4)

Female Desire Is Not Aroused By Asking