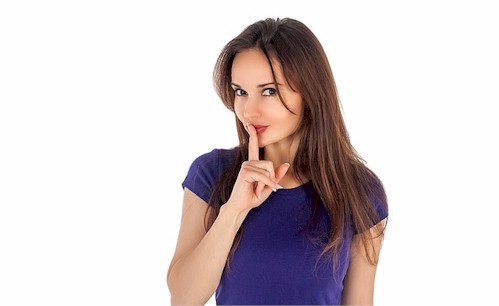 There is an urban myth that’s out there.

When it comes to what you girls find attractive in the opposite sex?

Guys are moral pigs and you are the essence of purity.

Because guys are attracted primarily to your looks.

You are attracted to who a guy actually is as a person.

Or so the story goes.

I hear this from you girls all the time.

I was at a meetup a number of months ago where guys and girls were given the opportunity to ask each other questions and express how they feel about relationships.

I was amazed that almost 100% of the girls present?

They said they are offended when a guy expresses attraction for how they look.

Now I absolutely agree that a guy learing at you distastefully is an aweful thing to do to you.

And some of the girls present did say a lot of it has to do with how they perceive INTENT and energy.

But the fact some guys can act sleazy?

That doesn’t mean that every guy who finds you physically attractive is morally base in his intentions.

It doesn’t mean he has no real interest in the person that you are.

It’s just that for guys physical attraction is central to how we’re wired.

What complicates this whole thing for us guys is that most of us would actually consider it a visual complement when we look you over with interest.

In doing so we’re telling you we find you beautiful and desirable.

This almost always leads to our wanting to find out what you’re like as a person too.

Of course I know there are guys who are just “out for sex.”

I don’t advocate that at all.

But it is very unfair for you to assume the worst of every guy who takes an interest in you.

Of course his interest at a baselilne level is where nature has wired it to be.

There was some lively discussion about all this a few months back when I published a blog post asking whether it is still appropriate for girls to expect guys to pay for dates.

One commenter suggested that if guys can expect girls to “suck it up and lose weight?”

Then girls should be able to expect guys to “suck it up and pay for dates.”

I talked there about how while guys are seeking physical beauty?

Girls are seeking guys who are confident, charming and take the lead.

I responded to this suggestion with another blog post where I explained why I don’t see this comparison to be valid.

I emphasized that physical attraction is a natural norm nature has wired into guys.

Guys paying for dates is a changeable societal norm that girls use as a cue for the potential presence of the traits girls naturally look for in a guy.

But it is not a guarantee those traits are present.

Guys can fake all this.

A bit more discussion led to this commenter indicating she didn’t want to participate any more in reading this blog or joining into further discussion. She said she found the whole thing objectifying and offensive.

This whole thing makes me sad.

It makes me sad that you girls cannot accept a compliment when a guy finds you physically attractive.

It makes me sad that you don’t think how you look is important enough to care about.

Worthy of your time to seek to look the best you can.

It makes me sad because this is VERY important to the guys you say you love.

It makes me sad because instead of seeking to be as beautiful as you can for the guys you say you love, you seek instead to shame them for the way nature has wired them for attraction.

It makes me sad because while you want guys to open up and share how they truly feel with you?

You force them to go underground with their feelings instead.

Because they know if they express how they truly feel?

They will receive your disdain.

Because they know you don’t like how they truly feel.

You don’t REALLY want to know them as they truly are.

So you force them to lie to you and tell you what you want to hear instead.

In the current social climate?

No guy in his right mind will express his feelings on this subject openly.

This makes me sad…

Whether you girls like it or not, guys are wired the way they are wired and this is not going to change just because you don’t like it.

How you physically appear will ALWAYS be important to guys,.

Even the guys who care about you as a person.

There are very few exceptions to this rule and it is true whether or not your guy is expressing this to you.

Your physical appearance matters to him.

And it always will.

Ongoing in your relationship. Even if you’re together for years? It will never cease to matter to him how you physically appear.

I’m not saying it is the only thing that matters.

Or that it doesn’t matter to him who you are as a person.

I’m saying that on a baseline attraction level?

This never ceases to matter.

Even after he gets to know you as a person.

But there is an even more important point to be made about all this.

Despite what you girls seem to think, your own attraction wiring is not the noble moral high ground you think it is.

How can I say this?

You don’t treat them as uninteresting to you if they don’t meet a shallow ideal of “male perfection.”

Let’s take a closer look at these allegedly morally pure attraction motivations of yours.

In my original post on attraction I indicated that for you girls attraction comes down to three essential character traits in the guys you find desirable. These are confidence, charm, and leadership.

Essentially you want a guy who “has spine” and is capable of taking on the world.

This makes sense because your basic wiring from nature?

It is the desire to have children and raise them.

Even when you don’t have a conscious desire for this?

That is what your biology is calling for.

So you need someone confident to take on the world and provide for you. Carrying children and raising them is dangerous. Even in the modern age.

It is virtually impossible without help and care from someone else.

You are wired as well to find a guy who is charming.

Someone who will protect and care about for you while you’re vulnerable and exposed raising your kids.

All of this requires a guy who will take leadership and make things happen.

“What’s wrong with that?”

“That isn’t too much to expect is it?”

“Not some objectifying standard he has to meet up to.”

This is where you are completely mistaken. And the only reason this seems so reasonable to you is because you’re a girl and that’s the way you’re wired.

What your attraction wiring is aimed at?

It is ONLY high achieving leadership type males.

Because most guys don’t meet up to this standard at all.

Unless they change to meet this standard you’re looking for?

You won’t be attracted to them.

You won’t consider them a “REAL man.”

This is YOUR dirty little secret.

Most guys are followers, not leaders.

In fact the world wouldn’t function if we had too many leaders would it?

The reason society and the corporate world works so well?

It is because most guys are Nice Guys who do what they’re told.

They don’t lead at all.

The Nice Guys represent the other 90% of the male population who your natural attraction standards don’t care about at all.

What this means is that just like nature has wired guys to be interested in something other than who girls really are as people? It has also wired you that way too.

You are not actually attracted to who guys really ARE.

You are only attracted to how CERTAIN GUYS really are.

Any guy that doesn’t have those specific leadership traits?

He isn’t interesting to you at all on a baseline attraction level.

This is why girls who partner up with Nice Guys normally become bored with them. Then those Nice Guys end up in sexless relationships.

Because although their “niceness” looks like what’s called for in raising children?

They just don’t cut it on the pure baseline attraction level for you.

So as their partner?

Eventually you lose attraction for them.

Yes guys are wired to be attracted to you because of your physical looks.

But you girls are wired to be attracted to guys who stir you by their leadership characteristics too.

What is even sadder is that the type of guy you’re naturally wired to be attracted to?

He is more likely to end up being a Bad Boy or a narcissist.

What you naturally tend to do with the truly good guys in your life?

You put them in the friend zone,

The place where they have little hope of achieving “romantic potential” with you.

If they do achieve that?

They are more times than not destined to bore you.

Even if you choose them?

Eventually you will shut them out.

So what do you think? Are you willing to fess up to your dirty little secret?

How Do You Get Your Flirt On?

There’s A Reason You Like Girls With Nice Butts