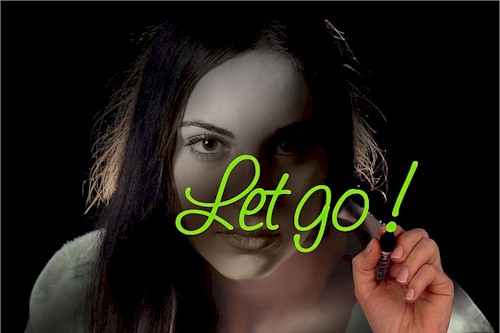 I’ve told you why I never break up with anyone.

Because once I come to love a girl?

I don’t really lose that feeling.

But I have had one time I moved on from a relationship.

So why would I say I never break up with anyone, then go ahead and leave my long term relationship partner anyway? Is there really a distinction like I’m making here between breaking up and moving on?

When you breakup with someone?

You leave because you’re upset with them, hurt or angry.

Moving on is when you both acknowledge it.

The purpose for your relationship is over.

It’s a subtle distinction I know.

But it is not one without a difference.

Assuming what I’m saying here is true how do you tell the difference so you make sure you’re doing the one and not the other?

You tell by the reasons you’re parting ways.

And the congeniality by which you do it.

When you’re breaking up you’ll be upset.

When you break up with someone you leave your partner because they have hurt you. You can’t bear to be with them anymore and you just have to go.

When you leave someone it is totally different.

You both see that it’s time to move on now.

But you still love each other even though that’s true.

It’s not that it doesn’t hurt at all.

After all you’ve likely been together for a very long time.

When it is time to leave though you can both sit down and have a loving conversation to clarify and agree that it’s time.

You don’t try to make your partner stay.

You just affirm them and let them go.

You can even stay friends if you want to then.

Your relationship has run its course.

You both agree with that so it’s okay.

This is how my long term relationship ended. We both acknowledged that our connection had come to an end. Or in our case really it had never formed because I was so avoidant when we met.

I did try to turn that relationship around.

Once I finally figured myself out.

But it really was too much too little too late.

Expecting her to connect with me after all that time was unrealistic.

So one day we sat down and agreed together.

It was just time for us both to move on.

This is totally different than the break up experiences I had that I talked with you about before. In each case the girl was incredibly wounded and in love with me but was leaving anyway in anger or hurt.

One of those relationships started back up.

Once we finally had the chance to really talk about it?

She finally let me know what happened.

How I had wounded her so very much.

I acknowledged her pain and asked her forgiveness.

And we picked up again where we left off.

But usually when you break up that conversation never happens.

You’re just both left hurting and suffering instead.

How about you? Have you ever had an experience of moving on where you both ended up leaving but remaining friends still?

Maybe You Dodged A Bullet

Am I Just A Relationship Dyslexic?