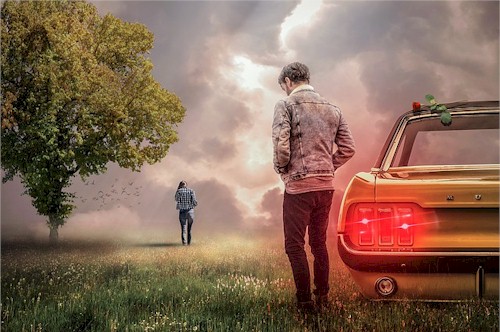 In Part 1 what did I tell you?

You can have the best of both worlds.

You can be single and enjoy romance too.

It turns out that once again the science backs up the benefits I’m talking about. It’s found in a recent Psychology Today article called Being Single Beats Bad Relationships – and Even Neutral Ones.

What did this study consist of?

326 people were asked some questions.

On average they were 53 years old.

Most of the people in the study classified themselves as “in a romantic relationship.” Most of these were either married or engaged.

If they said they were single?

This could mean divorced or widowed.

They were “not dating” or “dating casually.”

Since with Romantic Friendships you’re not married or engaged for purposes of comparison with this study? You would be considered single and casually dating too.

So what were they asked?

Overall positive and negative feelings and sense of meaning.

Number 7 was, “What is your life satisfaction?”

The only way they seemed to win?

It was the category of life satisfaction.

The study’s conclusion as to why that is?

The biggest take away though was unless that “committed” relationship was absolutely stellar? In every way you are better off being single than being hitched.

Once again what does this say?

Romantic Friendships are the ticket!

You can have your romantic cake and eat it too.

The best thing about being in a relationship IS being single!

What do you think? Does the science lie and will your “committed” relationship beat the statistics or should you opt instead for the happy “coupled” single life?

If You’re A Girl You Shouldn’t Trust Yourself

The Most Important Lesson About Love I Learned From My Dog