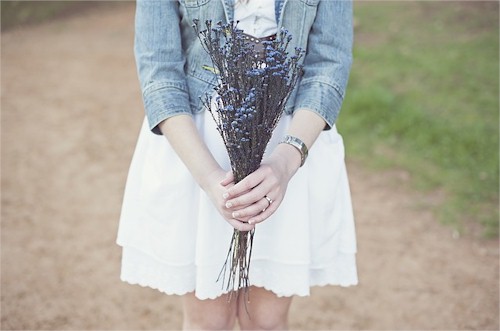 In Part 1 of this mini blog post series I suggested you not bother dating.

Just get to know each other and see where it goes.

One of my male Facebook friends really liked what I was saying.

So when I published Part 1, I went back to that thread and shared the link.

He replied to me again and said, “I actually agree and that is the way I normally do it but……..at some point, if you pursue it, there is a first date.”

I invited him to tell me more about why he thinks this must be.

He replied further, “Once you have a mutual connection, a lady likes to be swept off her feet with well thought out plans, a pinch of romance. That is not to say that you can’t have several non-dates beforehand.”

I told him to stay tuned for Part 2.

Because I don’t believe you ever have to date like that.

I’m living testimony to starting relationships without ever doing so.

A couple years ago a girl and I met taking a course.

It was pretty intensive, lasting over 4 weeks with evenings and weekends included.

So we spent a lot of time together both in and out of class.

We just hung out.

We never dated but we ended up in a relationship nonetheless.

Okay one night we had a discussion about being in a relationship and negotiated how it would look.

But that was primarily because I’m polyamorous and she is more of a monogamy girl.

We decided what the boundaries of our relationship would look like.

But it really was already happening by then without us ever officially dating.

We had come to care about each other and desired to be together long before then.

We were really just codifying what was already happening.

Another romantic friendship I’ve had this past year has followed a similar pattern.

We can’t really identify any point in time we “officially began” our relationship.

There was definitely no first date.

We’ve done lots of things together including dinners out, movies, times at each other’s places.

To this day though over a year later, we’ve still never officially “dated.”

We’ve just spent more and more time with each other and the intimacy of our connection has grown and grown.

Neither of us can say WHEN we shifted from getting to know each other to being romantic.

Why has what I’ve done here worked if, “once you have a mutual connection, a lady like to be swept off her feet with well thought out plans a pinch of romance?”

It has worked because I simply don’t do things the way you’re “supposed” to.

It is totally true that girls “want to be swept off their feet.”

I assume we would mostly all agree that second thing has nothing to do with really connecting with a partner right?

So why think the first thing does either?

You should pass on all that.

Because both those things are just nature’s sell job.

They are distracting you from truly being in love with your partner.

“Dating” impedes you developing a TRUE romantic connection, and substitutes attraction in the place of healthy attachment.

Real romantic love is intimacy – “Into me you see.”

It is valuing your partner and wanting to share yourself with them as a result.

That comes from truly getting to know your partner, not by wining and dining her (or him).

Flowers and candlelight and all those other things are fine if you wish to do them once you are already in love.

It can be fun to share special times like that together once you’re a couple if that’s your thing.

But those things really aren’t necessary for a real romantic connection to evolve. They  become a distraction from the real specialness that is your partner himself (or herself).

As I mentioned to my friend in that Facebook comment thread, your partner should be looking forward to being with you.

Not looking forward to a bunch of “romantic” trappings that have nothing to do with really connecting with you as a person.

Your partner is the one you should be wanting to be with.

And they should be wanting to be with you.

Spending time together is what’s special, and what helps you build a true, long term bond.

What you do when you’re together is not the point.

So what do you think about what I’ve said now? Do you still think “dating” is necessary?

A Lot Of My Facebook Girl Friends Are Sheepish

Meeting Girls Is As Easy As Riding A Bike (Part 2)