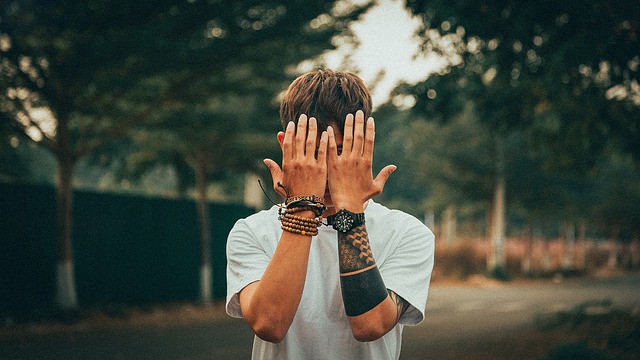 What you mean by a “creepy guy?”

The guy who makes your skin crawl.

The guy you wish you could escape.

I was doing some surfing today on the subject of how to meet introverted girls. As I’ve told you before, I think those girls are hidden treasure just waiting to be found.

But so are introverted guys.

You girls just don’t seem the think so.

How could you be attracted to a guy who needs to grow a pair?

But occasionally one of you girls completely surprises and delights me. It’s like the scales have been removed from your eyes, and finally you can SEE.

I came across one such girl online.

She was waxing eloquent about introverted guy virtues.

It was so refreshing.

They have “interesting opinions.”

“Insights into the world around them.”

They “value the people they care about once they open up.”

But you’re a “lucky girl if you find your way in there.”

When they grow close to you, they tend to be “very respectful.” They also have a “calming effect and reassuring quality” about them.

Not only are they kind?

They “MEAN what they say!”

The hardest part about getting one of these amazing guys in your life though? You have to “get past the barrier that makes them seem standoffish, distracted, distant and aloof.”

First impressions can be “off-putting.”

Especially if you are also introverted.

You couldn’t be more wrong.

So if you have the opportunity to?

Definitely go for that introverted guy!

What do you think? Have you been paying attention to all the bluster and noise of those bad boys who allure you, and have you been missing the real hidden treasure hiding right in front of you?

Why It’s So Hard To Find Someone Real

The Harsh Reality Of How Attraction Works