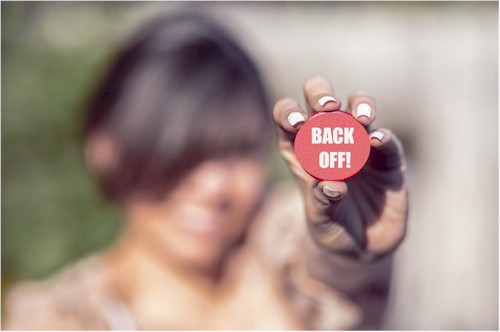 To say that the latest US election brought a lot of emotions forward?

That would be an understatement.

The social appropriateness of certain kinds of talk and behavior between the sexes?

That is now at the center of the public discourse.

I have to be honest, I’ve always admired Donald Trump.

Not because he’s misogynistic or potentially a sexual predator.

That was all news to me and I don’t advocate any of that. I admire his ability to make deals and come back from setbacks.

I admire his drive and tenacity.

And I definitely admire his relationship with his kids.

That isn’t an accident.

The more misogynistic and sexual elements of his character though?

Those don’t really surprise me.

He’s a high achieving, alpha male type who goes for what he wants and gets it.

Most guys are naturally sexually addicted.

These strong alpha types are at the top of that food chain!

What is really great about what happened during the election though, is it raised our awareness and got us talking.

For a long, long time now?

We’ve been sliding in a very unrealistic direction

Of course what we don’t want?

Girls (or guys) being raped or sexually assaulted.

Of course what we do want?

Sex to be guided by the consent of all parties involved.

But what is absolutely fantasaical?

Thinking most people are going to just negotiate these things consciously.

There is a reason the pickup artists call it “game.” The dating and relationship experience often is exactly that.

You girls want men to approach.

Guys learn to develop the confidence to do so.

You want the guys to lead.

You find it unattractive when they don’t.

Usually this is how the game is played.

It’s been this way since the beginning of time.

Some very vocal contrary voices would tell us this is all wrong though. Their claim is that all this removes consent.

If only it were that easy.

If only every girl would say, “You should do what you want to.”

Like one girl did when I was sitting in her car up close.

She thought I wanted to kiss her so she told me to go ahead!

Having that kind of clear indication?

It would remove a few of the layers of concern.

Guys would be less worried about facing potential court cases then.

But this girl is the rarest of rare exceptions!

I’m sure most of you girls would like it too if guys would wait until you’re ready for sex. Instead of assuming that your resistance means “try harder” all the time.

But the fact is girls?

A lot of your girlfriends don’t look at it that way.

Which is why things are so confusing.

A lot of girls want to be “taken.”

“Swept off their feet.”

What I’ve gone so far as to say?

For you girls this is your addiction.

There is a reason 50 Shades Of Grey has the popularity it does.

All too often consent is implicit.

Guys just have to “read your signs.”

If a guy reads things right everybody is happy. If he doesn’t or if you decide later you regret your consent, you can just cry “Rape!” to remove your responsibility for your actions.

Believe me I know rape is real.

I’m not meaning to downplay its horribleness.

But this situation is simply not black and white.

And the extreme to which some of you want to take this?

It means now you think a guy shouldn’t even approach you in public.

Some guys are even starting to promoting this perspective.

Heaven forbid he ask you out or ask for your number!

In England they have actually started experimenting with laws that make talking to girls in public illegal.

How do you think people end up together?

So I guess I’m calling for some sanity here.

I’ve made it explicit from my very first blog post.

I work on the guys pretty hard about this one.

But you girls need a dose of realism too.

It’s attractive when someone shows their interest in you. This is how nature works.

It means a guy is supposed to work for it too.

So I’m glad this election brought this whole question forward for our reconsideration.

I’m not at all saying it should be okay to grope girls without their consent or any of that.

But I think it’s time we returned to a more balanced understanding.

Understand the dating and relationship game.

I’ve said it many times.

But it isn’t going away anytime soon.

So you’re going to have to work with it!

Am I right? Do we need to stop the madness?

Do You Believe In Serendipity?

Hearing Your Partner Is More Important Than Being Heard