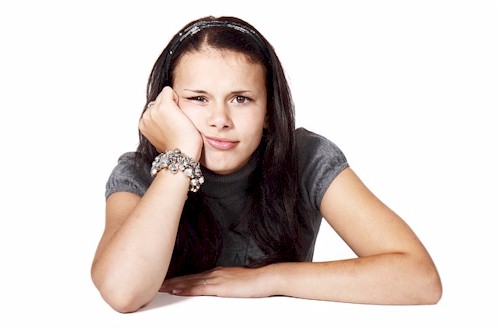 I had been doing my first experimentations with online dating.

I had left my long term relationship a couple weeks before.

I had no idea what I was doing.

My profile was bad.

My profile picture was worse.

I was doing everything wrong, yet despite this I had several expressions of interest, when I reached out to girls in that week.

In a city I’d never been in before.

She was a cute 28 year old, who responded about 7 pm that night.

We had some light back and forth.

Then I asked her the fateful question.

“So what are you up to tonight?

And there it was. The sentence I was going to become more and more familiar with, as my dating life moved forward into the future.

In one way or another?

I have heard this statement from almost every girl I’ve interacted with since.

You girls are EMOTIONAL creatures.

You become restless, and want things to change.

And it doesn’t really matter how they change.

As long as they don’t stay the same.

This is why a lot of dating gurus tell us guys what you girls are looking for in us is strength, groundedness and predictability.

Because you recognize you don’t have that in yourself?

You want a guy to come into your life and provide it for you.

A guy who is independent.

The problem is, when you get a guy like that in your life, you don’t like it after a while.

Because the thing that makes him constant for you?

It’s the thing that makes him dull.

While you want their stability, you can’t handle it either.

So you try to stir things up.

Not always by seeking to get fun going.

Even disturbing the peace gives you emotional stimulation, because it still gets things changing up, and not staying the same.

It makes having any kind of long term stable relationship with you nearly impossible.

Unfortunately, this approach of yours is a relationship dead end.

No guy can risk his emotional and financial livelihood to that kind of unpredictability.

Which is why guys won’t commit to you.

I can’t recommend they do so either.

Until you address what’s making you the restless emotional mess you are, you’re a terrible emotional investment.

You need to quit calling this “feminine energy.”

Recognize it for the emotional insecurity it is.

As you know, I don’t recommend monogamy at all.

If you insist on it, I recommend a very unique way of doing it.

I’m all about recognizing emotional REALITIES.

So guys, I recommend you stay away from girls who get bored easily. You will not be able to keep them stimulated and happy for the long run.

It’s not your job to take on anyone else’s emotional hot mess.

Even if their crazy energy, draws you like a moth to the flame!

That indicates you have your own work to do.

Go for something more permanent.

With a girl who has learned to be CONTENT with the ordinary.

You’ll be much happier in the long run.

What do you think guys? Time to drop your addiction to those “bounce off the walls” girls, and start to see the value in someone sweet and simple instead?

Because You’re A Princess

How To Find The Perfect Girl