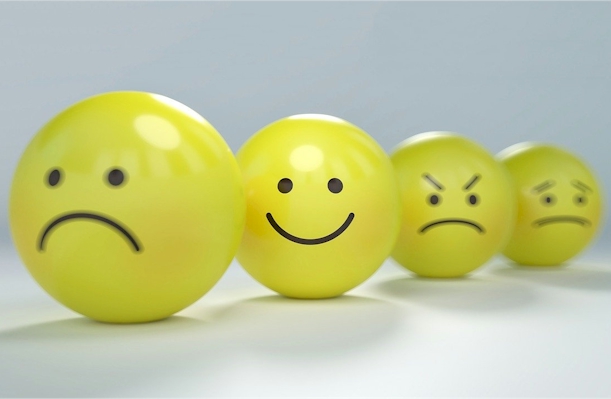 She had an experience with a guy.

It made her feel really creepy.

She is a young, attractive wife.

He is her grocery delivery guy.

It happened to her one day when he was bringing her the groceries. When he finished up with her he said it, and it sent her into an emotional tailspin.

So she asked us for our opinions.

She set up a poll hoping we would all chime in.

The answers she received ranged from “creepy” to “really nice,” to something like telling him what he could “go do with himself.”

The comments were revealing.

Especially from the girls.

I mentioned to you a while back that there is no such thing as sexual harassment. The reason is because the criteria for harassment is completely subjective in every case.

If a girl likes the guy?

He is just expressing interest.

If she isn’t attracted to him though?

Then he is way out of line obviously!

The same thing occurred in this comment thread, as people started to contibute. “Was he cute?” one girl asked, and another one concurred, “Exactly what I was wondering!”

Of course if you’re a guy?

You’re thinking, “What does THAT have to do with anything?”

Whether a guy is creepy or not?

It has nothing to do with his LOOKS.

But there you guys go again thinking LOGIC has something to do with it. You have to constantly remind yourself, that girls are all about the FEELS.

“Tell us what he said to her?”

The suspense it getting too much is it?

As this delivery guy was finishing up with his delivery that day, he said to her very simply, “By the way, I’m jealous of your husband.”

I thought you’d never ask me!

Here is what I DID.

First I posted a meme about a female worker whose handsome fellow employee says, “Looking good Susan!” Susan beams happily, “Thanks Chuck!” Then when an overweight, geeky fellow worker says the same, she calls the HR department to report him!

I went happily on with my day!

What do you think girls? Are you just as guilty sometimes of over feeling things the way you think guys overthink things, and could it just be time to take a chill pill, and quit letting your feelings run away with you?

The International Girls In My Life (Part 2)

I Really Don’t Envy You

“Nobody Knows What To Do With You Kel”