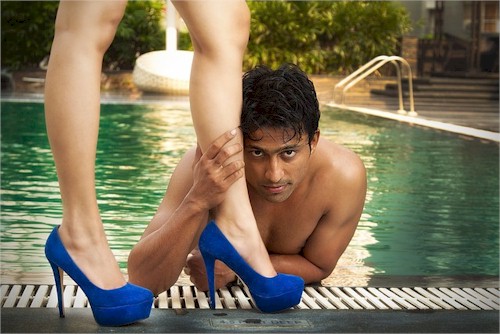 This entry is part 1 of 2 in the series So You're A Sex Object...Get Over It!

Recently a Facebook friend of mine shared a link to an article talking about the insecurities girls feel about being treated as sex objects.

As I read this article I had mixed feelings.

It brought me back to a Meetup I participated in this year where guys and girls were able to ask questions of each other.

100% of the girls in the room said they didn’t like being complemented about their bodies.

What was bizarre to me is most of these girls were not the stereotypical slim girl that guys are predominantly attracted to.

Most of them were somewhat overweight and a few very much so. They would not be featured in Cosmo!

Yet they were receiving sexual complements nonetheless but were still decidedly uncomfortable with this.

I’m sure the psychology playing in their reactions were similar to the ones expressed in the article I’ve linked to above.

Some did suggest that a guy’s intention had a lot to do with it.

It made them uneasy.

But that wasn’t the total picture.

It sounded to me like any guy taking an interest in them and telling them he liked their body, would make them cringe.

Or fear, as the article above suggests.

I came away from that meeting feeling sad.

Sad that these girls were incapable of letting themselves be appreciated for being what nature has made them.

“Wow! I can’t believe you just said that Kel!”

Well somebody’s got to say it!

Because every guy is thinking it.

Even the “good guys” who would never say it and would insist they don’t feel that way if you asked them.

You see girls, guys are wired by nature to find you sexually attractive. It’s in our DNA.

No amount of attempted feminist reprogramming is ever going to change this.

Because there is nothing dirty or disrespectful or inappropriate about a guy finding you sexually attractive and letting you know it.

Didn’t anybody ever tell you about the birds and the bees?

It’s where we all came from!

Should a guy rape you? Of course not!

Should a guy touch you sexually without your permission? I’ll be the first to stop him!

Because at the baseline of all attraction, nature has made you a sex object. An object of pursuit. Being a sex object is your job in the dance of nature and you should wear that role proudly.

Are you more than a sex object?

Of course you are!

Should a guy appreciate who you are as a person too?

I’ll be the first to insist he does!

But as libertarian feminist writer Camille Paglia puts it:

“I want a society of lusty men and lusty women whose physical and mental energies are in exuberant free flow.”

Did you notice she talked about lusty women too?

See here is a secret you girls may not realize.

Men are sex objects too.

They are designed by nature to be the object of YOUR desires.

That’s why your heart goes pitter patter when you encounter a confident guy who is charming and in control.

You feel this inside yourself while you’re trying to be prudish and proper. The way society has said you should feel instead.

A few of you have already made the transition to realilty here.

But a lot of you have a long, long way to go.

Girls I’m really trying to level with you here.

I’ve emphasized over and over again that I’m not a guy who’s “out for sex.”

I’ve agreed with you this is a problem.

When I’m in a relationship I want to know a girl for who she is and have a connection with her before I get physical with her.

So that’s not where this is coming from.

I’m just trying to get you to understand that this hang up you have about being “treated like a sex object” is exactly that.

You need to get over it.

You need to understand that this is not the guys’ issue.

You are just plain too uptight about your sexuality. About being sexually desired.

This is not a “one or the other” situation where a guy gets to pick between your personality or your body.

He’ll never do that and he never should.

I love what Leanne Bell says in her article His Penis, [unfortunately no longer online] when discussing whether men would appreciate for being treated as sex objects.

She asks aren’t they “complicated beings” who want to be “respected and admired, listened to, carressed, loved, comforted…not reduced to an erect cock?”

“They want all of those things AND to be reduced to an erect cock. Your erect cock. Men are as romantic and loving as women are, as sweet and tender and sensitive, but they are also potent sexual beings who need to be loved for the very thing that makes them so.”

Hopefully you won’t let her use of the “C” word offend you and distract you from her point.

You see girls all of us are sex objects.

And deserve to be.

When we aren’t letting society try to program it out of us.

So the next time a guy checks you out?

Or in some other way that does not cross physical boundaries without your permission, expresses his obvious interest in you sexually?

Give it back at him.

Because he just gave you a huge compliment.

The compliment is this:

He sees you as a sex object.

An object of his desire.

What do you think girls? Is it time to do some reprogramming here on what society has told you?

The Battle Between Biology And Love