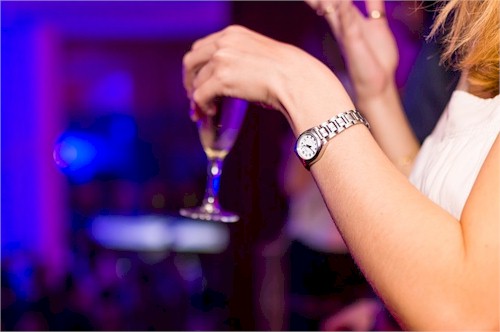 When he said this I was taken aback for a second.

What? Why would you think I’m a player?

But then I realized this actually isn’t an uncommon response, when I first tell someone I approach my love life in a polyamorous fashion.

I don’t do monogamy anymore.

Not because I think monogamy is a horrible idea. I think it is a great idea.

The idea that you could find someone who shares your desire to make each other your “one and only” and with whom you then live “happily ever after” is the stuff fairy tales are made of.

But that’s the problem.

Statistically monogamy is only a fairy tale.

Real life ends up quite different a high percentage of the time.

And there are reasons why this is so.

Reasons deeply embedded in what romantic love actually is.

But while those negative statistics and my awareness of the mechanics of romantic love inform my preference for polyamory, they aren’t what truly motivates it.

My motivation is that I experience myself as polyamorous.

I simply love the girls I encounter in my life.

I find each of them unique and wonderful in her own way.

I want to remain open to romantic love wherever I experience it.

So to a lot of people that makes me a player I guess.

But that’s not how I define a player.

To me a player is somone who is just out for sex and doesn’t really care about the girls he gets with.

And he’s not around for the long run.

He doesn’t desire a true relationship.

He won’t text you at night to see how your day was.

He won’t take an interest in what you’re interested in.

And really hope for you to succeed at what you’re pursuing in life.

He won’t spur you on to be a better you.

He’s not a relationship guy.

Because he’s playing you to get what he wants.

I explained to my friend that even though I’m polyamorous, that doesn’t mean I couldn’t choose to be monogamous with someone if I wanted to.

But that would be because I chose to.

Not because I had to.

I will not enter a relationship where monogamy is a condition.

I have yet to see a reason for requiring monogamy of anyone.

Not one that is not based on emotional insecurity.

When I told him I could be monogamous in this way?

He asked me, “But could you choose to be monogamous?”

“Even though the girl you were with was polyamorous?”

I replied, “Of course I could. I’m not looking to own anyone.”

This really dumbfounded him. Where he comes from the guys want to be free to get with as many girls as they want, but they don’t want their girls to have the same privilege.

I guess if that’s his background, I can understand why he’d think I’m a player.

Because to me, that describes how players are.

They’re out to get, not to give.

The only difference in the case he described?

These guys want to keep the girls around for themselves.

All so they can continue to get while also continuing to “play the field.”

Polyamory as I advocate it isn’t about “playing the field” or “collecting partners” or having as many liaisons as you want, while depriving your partners of the same.

It is about Romantic Friendships.

It is simply being open to experiencing romantic love.

Experiencing this with anyone you come to desire in that way.

As long as you and your partner desire to experience sexual fulfillment and emotional connection that is mutually shared and enjoyed, you can enjoy a romantic connection.

Nothing else is necessary.

Romantic Friendships are about relationship.

About being there and sharing the deeper emotional connection.

A connection that makes for real sexual fulfillment.

It’s not a short term fix that your natural sexual addiction as a guy is calling for.

If you desire this deeper connection?

But experience it for more than one person in your life?

You’re not a player.

What do you think? Is this a distinction with a real difference?

Loving More Than One Person (Part 3)

What If You Were Just Relaxed About Sex?

Loving More Than One Person (Part 2)