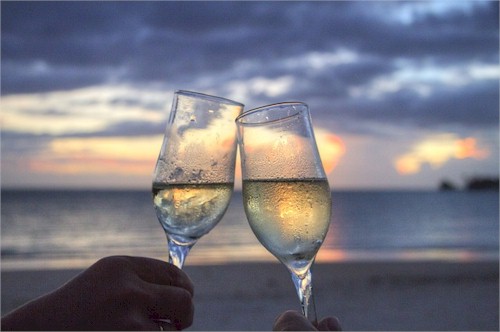 This entry is part 1 of 5 in the series Should Your Next Relationship Be With Someone Much Older (Or Younger)?

“You’re old enough to be my dad. What are you a pedophile?”

These are two responses I received when as a much older guy I approached these two girls through online dating.

Quite a difference in responses wouldn’t you say?

In the first case a 27 year old adult is suggesting I’m a pedophile for being interested in someone significantly younger.

In the second case this 26 year old girl is practically apologizing that she’s so much younger than me.

The appropriateness of cross generational relationships is one that is seldom discussed in our culture. But many assumptions exist regarding it and the societal programming against it is strong.

The very fact I’m bringing the subject up for question at all may make you raise your eyebrows.

Because in our culture it is all but assumed that an age gap of anything more than about 5 years between romantic partners is starting to become questionable.

Ten years is really stretching it.

If you’re an older guy and have a relationship with a younger girl, everybody assumes you’re just out for sex so “the younger the better.”

If you’re an older girl with a younger boyfriend they call you a “cougar.”

These are all emotional responses. Is there anything rational that can be said about this question?

The first thing is to get some historical and cultural perspective.

I read once that the age of sexual consent in Britain in the 1600s was 10 years old.

In Canada the current age of sexual consent is only 16. Two years younger than what we consider to be an adult.

In British Columbia where I live you cannot drink alcohol until you are 19, but you can have sex three years earlier.

If you go back to “Biblical times” boys were considered adults at 13 and could marry girls who were 12.

In many cultures around the world today these differences still exist.

Of course you may think you just live in the most morally enlightened culture in history. But that is just western entitlement speak. Many cultures see things very differently than we do here in the west.

This should give you pause.

My introduction to this question came when I discovered the international dating scene and websites where young Slavic girls from Russia and Ukraine seek marriage with older men from western countries.

My initial response when I saw this was what yours probably is.

Those girls have got to just be seeking green cards to escape the difficult cultural and economic conditions of their countries.

There is some merit to that assumption, but my research has shown this is not the norm. I’ll write a lot more about the international dating scene over time.

If you’re a guy who would like to find a girl with less feminized traditional family values, it’s a great place to look. But given the gold diggers and scammers in the field, it is a good idea to get advice from someone who’s researched these things.

My research took a significant turn when I had the opportunity to experience nine wonderful days getting to know a 30 year old girl from Ukraine who I’ll name Anna.

Anna was in California giving birth to her first born son and advertised online her interest in a relationship with an older western guy.

Because I’m past the point of wanting to start raising kids again, Anna and I just ended up pen pal friends.

I was in a relationship with another 30 year old girl here in Vancouver at the time, and would occasionally share with Anna how this was going.

It wasn’t until I experienced a break up in that relationship that my feelings toward Anna changed. When the break up occurred Anna started to give me comfort and advice on my search on the Slavic sites.

As we spoke about these things I started to see how mature and intelligent she was and my attraction for her really grew.

So I began probing her about her interest in older guys.

“You’re really interested in a relationship with someone significantly older than you?”

Her response surprised me at first.

“Of course. I want someone I can hold a conversation with who is mature and established in his life.”

But then it made sense to me.

As I wrote in my main blog post about how attraction works, the main traits desired by girls in a guy are confidence, charm, and the willingness to lead the relationship. Older guys usually have these characteristics without even trying, and younger girls find this attractive. Younger guys their own age just don’t have this yet.

Of course since Anna was a young beautiful Slavic girl, I did find her physically attractive.

But what changed for me was when I saw Anna’s maturity too. This is rare in younger girls as well.

I knew I had to explore this relationship possibility more thoroughly.

So I flew down to California and Anna and I spent hours and hours over nine days talking and sharing and growing to know each other better.

It was a wonderful time and though I still love Anna very much, we both eventually concluded that I really wasn’t ready for kids again.

I flew home disappointed with this outcome but so glad I explored the possibility, and resumed my pen pal friendship with her.

Anna has since gone on to fall in love and marry someone she believes to be “the one” and I wish her well.

I’ve dated and had relationships with a lot of other girls since then. Girls everywhere from 30 years old to 58. Age doesn’t really matter to me. What I’m out for is real connection.

I’ve met others too who’ve experience this kind of cross generational relationship.

A good friend of mine has a husband who is 16 years older than her. They have been married for over 25 years. He’s now is his 70s and she’s in her mid 50s.

She told me she would do it all over again if given the opportunity.

Another girl I met recently is 47 and has had relationships with guys 10 years younger than her too.

So people do experience and enjoy relationships with partners very much younger and older than themselves.

The fact is we are all adults. What makes for a good relationship is not what age you are but what kind of connection you experience together.

Is there potential for cross generational conflict or dissonance?

You will see things at times from very different perspectives.

Then again I know lots of younger girls who enjoy 80s rock and older guys who enjoy the current hits.

Every relationship has its times when you don’t see things the same way, completely irrespective of age differences.

You are only as young or old as you decide to be.

And differences can also be some of the most enjoyable elements of a romantic connection. We can grow and learn from each other because we each bring different interests and experiences with us.

This goes both ways.

A lot of people think this kind of relationship is only to the benefit of the older partner, since they are able to deny their age and keep their youth longer.

There is truth to this.

When you are with someone much younger you are going to stay younger yourself. That is completely true.

But younger people benefit too.

The maturity and experience that a much older partner brings to a relationship – including being more experienced making love and giving to a partner I might add – can only benefit the younger partner too.

There is no question too that younger partners bring less relationship baggage along with them.

But older partners bring more experience, which is what baggage is called when we’ve learned from it.

There is simply a unique symbiotic dynamic present in cross generational relationships that is not found in “conventional” single generation connections.

While I’m open to relationships with much younger girls this doesn’t mean I’ll do this with just anyone. I would not be in a relationship with a 25 year old who behaved like she was 18 (or younger). But I’ve met 23 year olds who are more mature than some 45 year olds I’ve known.

I hope you’re getting my point.

The question we started with was “Should your next relationship be with someone much older or younger?”

This is really the wrong question.

The question should be “Do you value the person you’re encountering and do they value you? Are you experiencing a romantic connection together?”

But not because of what their age is.

Because of what you mean to each other.

This should be the case with any relationship you enter, irrespective of age.

As I’ve defined it, romantic love is the desire to experience sexual fulfillment and emotional connection that’s mutually shared and enjoyed.

The only age specification appropriate here is that you are both legally consenting adults.

Beyond that you should feel free to love who you love.

Irrespective of what society or anyone else thinks.

What do you think? Are you ready to cast off yet one more societal program that is not serving your love life?

The Best New Years Resolution You Could Make This Year