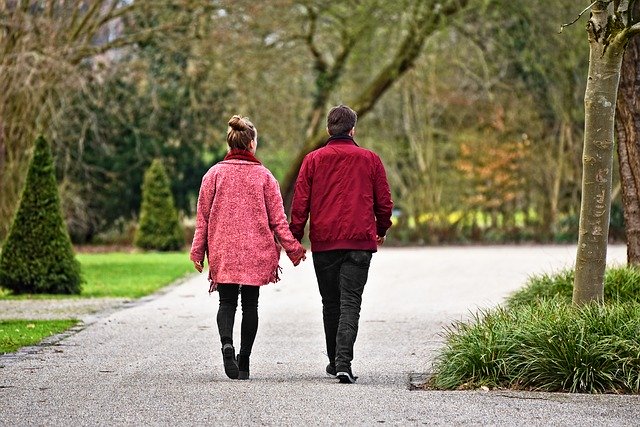 This entry is part 2 of 5 in the series Should Your Next Relationship Be With Someone Much Older (Or Younger)?

A guy asked a question in one of my guys’ Facebook groups.

“How much difference in age is too much?”

He meant in terms of dating and physical attraction.

Of course if this was a group of girls?

The disgust over age difference would likely be immediate.

It was fun to see the GUYS’ respond.

Unsurprisingly, very few saw it as a problem at all.

The first guy chimed in that it was more of a MINDSET thing, and that as an older guy you could definitely “score” a younger girl if you want to. You just need to take care of yourself, and be fun and confident, and then the age difference won’t really matter.

Another guy said it was “more a drama thing.”

Younger girls can be interesting this way.

But then again, it really depends who you’re dating.

Another guy said he “thinks about this” when he’s down at the beach.

Seeing all the sweet looking young ladies prancing around.

He doesn’t mention this of course, to the girl that he’s currently dating!

He said it seems like society places a lot of shame on age differences, but he admitted this varies a lot between different cultures too.

As another guy said, “This is all about others judging.”

“Judging what is none of their business.”

“Love should be able to express itself.”

“If somebody is uncomfortable, that is their problem.”

“Of course you should be with someone of legal age.”

“But beyond that, mutual consent is the only criteria.”

Did anybody represent the non-age difference crowd?

One guy said he’s definitely more comfortable with girls near his own age.

But even he admitted, “I want to have sex with ALL of them.”

“But I don’t want to hang out with someone I don’t have anything in common with.”

He said, “That’s what children and parents are for!”

When I first chimed in I said, “Be with someone you genuinely value, who genuinely values you too. (As I said in Part 1) I’ve known 23 year olds more mature than some 45 year olds I’ve met. If you love each other, that’s what really matters.”

“Big difference but you would never know it.”

“Different places in life but so compatible it’s ridiculous!”

He did admit though. he knows a guy in his 50s.

When this guy comments about 18 year olds, it feels “kind of really CREEPY.”

He admitted it’s more the WAY this guy speaks, that makes the difference.

I said, “I do agree that older guys as much as younger guys can be sexually addicted, and lack self-control in their expression of sexual attraction. But you don’t die when you turn 50, that’s for sure!”

He agreed with me you don’t.

But it isn’t this older guy’s AGE that bothers him.

It’s about being respectful or disrespectful to these girls.

One last comment was relevant too: “The only downside to such a large gap, is one partner is likely to die many years before the other. That can leave the surviving parent and children to suffer, and mourn the loss of their loved one.”

But of course, there are no guarantees the younger spouse will out survive the older.

Death can take anyone at any age.

Does that mean you shouldn’t let love express itself?

Just because things can happen that end it too soon, nothing says it will or it won’t.

I found this whole interchange very interesting and fascinating, to hear how GUYS view this age difference thing.

The one clear difference from what I hear from you girls?

For the most part, guys just love who they love.

They just don’t worry about these things.

What do you think? Are the guys onto something here and should your next relationship be with someone much older (or younger) too?

The Point Of No Return