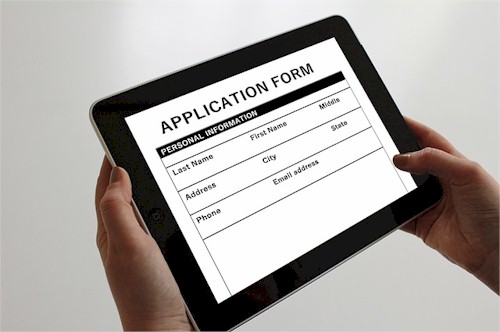 I’m getting so I feel like I should create a job description for my Romantic Friendships.

Possibly even provide a contract for you girls to sign.

I’m really into romantic love and connecting emotionally when I’m physically intimate with a partner.

In both cases we really enjoyed our times together.

One of these relationships lasted about 3 months.

The other one a year.

But when these girls felt the need to move on, both of them indicated they weren’t happy I am polyamorous.

Now I totally understand that not everyone sees themselves to be polyamorous as I define it.

And both these girls chose to be monogamous with me.

Even though they understood the same was not the case on my part.

Their monogamy choice doesn’t really confuse me either.

I know most of you girls prefer to be with one guy, because otherwise you think you can’t go “all in” as you say.

That’s what these girls both chose to do with me and I was fine with it.

Before she agreed to be together?

The girl from the 3 month relationship discussed it with me for quite some time.

I told her I believed polyamory was the best way to approach romantic love.

I didn’t have my blog up yet but I was very clear with her what I was talking about.

She disagreed with me initially.

Even chose to pass.

But then she came back and decided to be with me anyway because…well…she was in love with me.

Where I was coming from was even more clear with my year long partner.

Shortly after we met she read all the blog posts I had published at that time.

This included What Is Romantic Love?, Could Romantic Love Be Your Purpose?, Are You Sure You’re Not Polyamorous?, and a couple more.

To this day those first three blog posts constitute the core of my philosophy of romance.

I’m pretty sure that third one counts as a crystal clear exposition too.

It lays out my ideas on polyamory and Romantic Friendships.

Not only that but this girl became my number one blog groupie.

For the entire year we were together?

She discussed what I wrote with me.

She shared her thoughts as well.

Of course on my blog?

And it definitely wasn’t that these girls didn’t value the relationships they had with me either. In fact it was quite the opposite.

The girl I was with 3 months connected with me because she saw I was a sensitive guy, who cared about her feelings.

One day she told me that even though she wanted monogamy?

She was so glad she was a “push over” and had decided to be with me.

The girl from the year long relationship was always eager to see me too.

She endlessly sought to coordinate our schedules, so we could be together again.

We messaged each other almost every night, to keep connected when we were apart.

One time I when was a bit under the weather?

I let her know she might want to stay away in case she caught what I had.

She messaged me back saying, “This determined creature wants to see you even if you’re not 100%.”

So you would think both these girls would be pretty clear with the fact I was polyamorous right? And okay with that fact, since they both enjoyed the intimate times we spent together, yes?

That’s what I thought too.

But when the girl from the 3 month relationship broke up with me?

She told me she thought it was BS that we can love more than one person.

The one year girl said things like, “Just not into this any more. You can be with one of your many applicants. Or more than one if you wish.”

She also said, “You said you weren’t ‘the one” anyway,” and “I remember you saying you weren’t the one, you weren’t anybody’s one…something to that effect.”

Sounds pretty accurate to me.

I replied to her simply, “Has that ever been unclear?”

That’s what it means to be polyamorous…remember?

But neither of these girls seemed to remember anything at all.

Not once they had decided to break up.

Instead both of these completely informed, agreed to, and enjoyed polyamorous relationships?

Suddenly theybecame problematic to them.

Even though they knew all along this is how I roll.

What may even surprise you more, is while both these relationships were polyamorous, I never had a relationship with a second partner at any time I was with either of these two girls.

Again this is consistent with what I’ve written.

Polyamory is “openness to romantic love with anyone.”

It isn’t about needing to collect partners.

Because when I’m with a partner I’m focused primarily on that relationship.

I’m open to other relationships if I encounter someone who I connect with.

I will occasionally explore the possibility of such a connection.

I did come away from these two breakups thinking that my year long partner had a good point though. I ought to take applications and require my potential romantic partners to review the job description and sign a contract, so they are clear what they are getting into.

That way they don’t need to be confused later on.

Think that I have somehow done something untoward for being who I am.

For being the guy they fell in love with.

Who they agreed to be in a relationship with.

Of course I’m being facetious.

Love cannot be contracted or controlled by any kind of commitment or agreement.

Love is your current romantic connection. If that doesn’t exist anymore, you either have to seek to get it back, or admit your relationship is over.

And that’s exactly what happened for these two girls.

While they felt that connection with me?

It didn’t bother them at all that I was polyamorous.

Because they valued me for who I actually was and I valued them too.

The official “form” of our relationship was irrelevant when their focus was on our connection.

Once that connection was over for them though?

My polyamory simply became a convenient reason to justify to themselves, that they no longer desired to be together.

There was no need for them to do that.

They were free at any time to decide what was best for them.

While I’m not going to provide you with a contract you must sign?

I will put this out there nonetheless.

I believe in romantic love.

I am open to romantic love with anyone I find that kind of connection with.

If you are a girl who desires the same kind of connection I do?

And you think you can be okay with the fact that I always remain open to this type of connection with anyone…please apply within.

So what do you think? Does your resume match the job description?

The Pain Then Is Part Of The Happiness Now. That’s The Deal

Why I Prefer Girls Instead Of Women