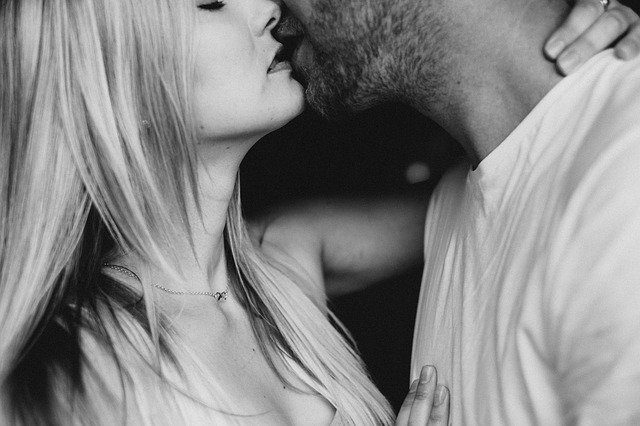 These comments were shared on a Facebook group recently:

“A female friend was out on a date.”

“The guy asked her if he could kiss her.”

“I’ve asked quite a few of my girlfiends if they want a guy to do that.”

“Every one of them said it would be a massive turn off.”

“Their friends don’t want it either.”

“He should only ask if he has reason to doubt she wants it.”

“Otherwise he should just read her non-verbal communication.”

The writer went on to say that there is a huge gap between what female “activitsts” say you girls want and what most of you are REALLY wanting.

Studies show this too.

Despite all the cries for “verbal consent?”

It’s just not what a great number of you want a guy to do.

A female commenter wondered if we shouldn’t CARE what you want.

Shouldn’t we focus on what you SHOULD be wanting instead?

Shouldn’t we STILL respect you?

But then she admitted she felt this was “lame” in the past also.

The fact is the whole romantic and sexual relationship area seems inherently driven by body language and learning to read it. As I’ve said “No means no” except of course when it doesn’t!

I know you girls were hoping the whole #metoo thing would solve everything.

That we could just have our lawyers get together.

Draw up the contracts.

So we know we’re okay to proceed.

It just doesn’t seem to work that way for a LOT of you.

Those of us guys who respect you girls of course wish it worked the way you’re TELLING us you want it. There is nothing respectful introverted guys would love more than to be able to take their time just getting to know you first.

To be able to proceed slowly.

And not end up with you FRIEND ZONING us.

But as you can see?

That’s often what you DO.

If a guy treats you with respect instead of trying to STIR you?

All that happens is you find it a turn off.

Then you go be with the Bad Boy who DISRESPECTS you instead.

The guy that makes you feel like you’re being “swept of your feet.”

Despite all of today’s feminist rhetoric most of this is very biologically driven. It’s just a fact about how attraction actually works and it takes a high level of self-development to overcome this.

Then is there any hope at all?

You can LEARN to be smarter than your DNA!

“I love it when a guy asks before touching or kissing.”

“To me it means he cares about my wellbeing.”

“Isn’t trying to read my mind.”

“I feel safer and trust him more right from the beginning.”

She even goes so far as to say if she feels like the chemistry is there she will say to the guy herself, “I would like to be kissing you right now, if that’s okay?”

Now THAT’S my kind of girl!

As she said further, “No ambiguous signals.”

Another gal chimed in saying, “When you want it all primal then consent is un-sexy.”

“But once you grow to great levels of love, trust and intimacy?”

When I finally find a girl who is willing to take her time and truly get to know each other without deciding in advance I’m not “romantic potential” for her? That’s when the experience becomes so much richer and true love really begins.

But you have to be willing to wait until you find them.

And pass on the girls who NEED you to escalate too soon.

The level of self development of those girls?

They’re just not ready for a great guy like you!

What do you think? Do you need a guy to escalate and “make moves on you” or are are you at the point of personal development where respecting you is sexy to you instead?

The Difference Between Love and Attraction

Girls Who Need To Lead Are A Total Turnoff

What Is Meant For Me Will Never Miss Me