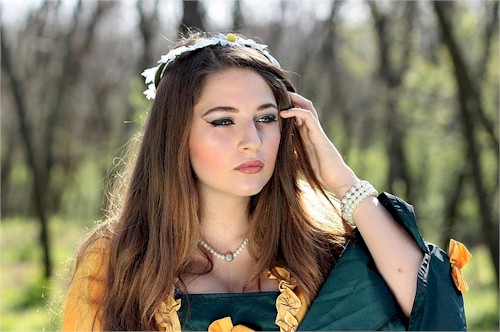 This entry is part 2 of 3 in the series Is It Time For Princess To Finance Her Own Glass Slippers?

Last week I published a blog post asking if it’s time for you girls to start paying your own way on dates. This led to some lively discussion on whether or not the societal programming upgrade I was recommending was really in order. I’m not going to rehash that whole discussion here, but a particular claim made in that discussion struck me as worthy of deeper investigation.

A site visitor named Marie made the following comment:

…it’s ironic that you’ve had blog posts about women complaining that men like slender, youthful, feminine women (paraphrasing) and that if we have a problem with that, we should suck it up and lose some weight. Fair enough that it’s the generally accepted norm for what is attractive but the generally accepted norm is that men pay, so if chubby or homely women should just accept that men want something different then one could just as easily say men should suck it up around paying for dates.

The main prior blog post Marie is referring to is one where I discussed the painful realities of what guys and girls naturally find attractive. I said there that at a baseline level guys are attracted to girls primarily for their physical appearance. I also said that baseline attraction for girls is primarily about the male character traits of confidence, charm, and leadership.

I indicated that while nobody except naturally attractive people like these facts, they are facts nonetheless about how attraction works. Hence Marie’s paraphrasing me as saying girls should “suck it up and lose some weight.” To use her terminology, I also effectively told guys who don’t have the character traits that girls desire to “suck it up” as well.

There is an important difference to notice though between what Marie says in her comment here and what I said in that previoius blog post.

What I emphasized there is that these attraction features are wired into you biologically. They are not “generally accepted norms.” They are a part of your DNA. In other words they are natural norms. We can no more decide to change them them than we can decide to have blue eyes or black hair.

Okay girls, I know some of you don’t remember your natural hair color anymore but I think you get my meaning! 🙂

It is a natural norm that guys are attracted to proportionally shaped females with youthful healthy features. Probably this is because these are natural indicators of reproductive health. Our DNA wants babies born and these are the obvious visual indicators of a girl capable of bearing healthy children.

Similarly it is a natural norm that girls are attracted to confident, charming guys who take the lead. This is probably because these are natural indicators of being able to protect a girl and her offspring while she is raising them. Again, nature wants those babies to get on their way in the world!

This is because these “extra” things are societal norms we add to the natural norms. They are indicators within our particular society that the natural norms may be present, but they are not those norms themselves.

Because they are not natural, societal norms can be updated and over time they always are. Anything that is not an actual natural norm is not inherently needed for actual attraction.

Another important point is that societel norms, while they may indicate the presence of the natural norms, can also be deceptive.

For instance, through make up and creative use of clothing you girls can mask the fact you do not truly have the youthful features naturally attractive to guys. So you can make yourself appear attractive when you actually aren’t. Because guys’ baseline attraction cues are largely visual, this can be very advantageous to you girls who are not naturals. At least in the short run.

Similarly through emulating confident behavior, the appearance of wealth, and other such societal norms, you guys can mask the fact you do not truly have the character traits naturally attractive to girls and make yourself appear attractive when you actually aren’t. Again this is advantageous when you are not a natural. At least in the short run.

Of course in the long run if as a girl you are not truly attractive, i.e. do not truly have the youthful features guys find attractive, this strategy will fail. Similarly you guys should work on developing true confidence, charm and leadership, so you will actually be attractive to the girls you desire to enter relationship with.

So it is much better to just “suck it up” as Marie paraphrases me as saying, and work to become actually attractive.

It is much easier for guys to simulate attractiveness than it is for girls, since at some point what’s actually visually there will show up as a guy gets physically closer to a girl. It takes longer for girls to determine if a guy is truly confident, charming, and a leader because they must rely on external evidences for these internal traits.

Whether a girl is attractive or not can often be discerned at a distance. A girl must figure out what’s going on inside a guy, from whatever external cues she has available.

In our society you girls use things like a guy’s willingness to pay for dates as this kind of external cue. Any player can pay for a date. So though guys paying for dates is a “generally accepted norm,” it is not a reliable one. Of course this is only one societal norm among many. But because all the norms you girls use are external, the risk of deception is great.

This general pattern of girls trying to determine the real state of a guy’s personality is known as fitness testing. Fitness testing exists primarily because girls do not have any completely reliable external cues to discern a guy’s attractiveness.

I will explore fitness testing in more detail in future blog posts.

What we can see from this discussion is that since guys paying for dates is not a natural norm, it is not on a par with the need for girls to achieve and maintain a proportional shape with youthful healthy features.

Since female physical youthfulness is a natural norm, a girl simply cannot avoid its implications for male attraction. This is wired into male biology and can never be upgraded to something else.

In contrast, guys paying for dates is a societal norm and as such can indeed be questioned and modified. Given the inroads of feminism in our culture, we may see exactly this take place at some point in the future.

All of this is why I asked in last week’s blog post whether we should reconsider guys paying for dates as a valid societal norm for our current, modern dating life.

What do you think now? Should princess start financing her own glass slippers?

What Gives With This Friend Zone Thing?