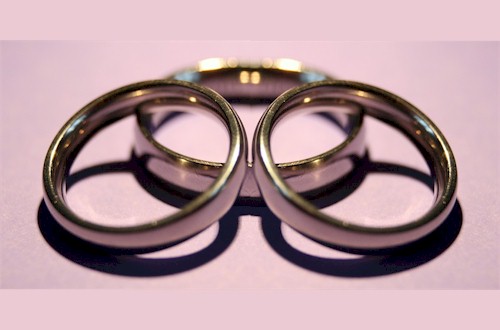 It never ceases to amaze me how the most pro-monogamy authors I know, continue to provide evidence against monogamy.

For instance, my favorite psychologist and advocate of romantic love is Willard Harley, author of His Needs Her Needs.

Harley is also very realistic about its track record.

After 35 years helping save marriages from affairs and other damaging influences?

Harley still says in his estimate only 20% of all monogamous marriages are happy unions. In his book Defending Traditional Marriage he even says he believes our minds are wired for affairs.

But I love the honesty.

She has her Doctorate in Psychology.

Through personal motivation to find the love of her life?

She performed extensive research into the science of dating and mating.

She wanted to see if she could improve her chances of finding the love she desired.

She says she succeeded, and published this book to help others do the same.

Her initial chapter arguing for the plausibility of successful monogamy is weak however.

It depends on the errant claim, that the well known 50% divorce statistic means 50% of marriages succeed.

I’ve shown in the past why this is a really bad argument.

Why a number between 17-20% is more accurate, as Harley affirms.

But what I found more interesting from Welch’s book, was the evidence she inadvertently brings, in support of an alternative relationship option to monogamy. Though I know it is not her intention, she actually marshals some very powerful evidence in favor of polygamy. It is this evidence I want to examine here now.

I want to emphasize that I am not advocating polygamy as a practical relationship option in this blog post.

In most western societies polygamy is illegal.

You should always obey the law of the land where you live.

In this post, I’m simply examining the implications of the evidence Duana Welch presents.

How nature has wired us, and to see where her research actually leads.

In her chapter Get To I Do: Triumph at Commitment 911, she discusses a well known “problem.”

How guys are very slow to commit to a long term relationship or marriage.

You girls seem very eager to do so, and become very discouraged when guys don’t follow suit.

Welch says not only are you girls and your guys quite out of sync on this point?

You often make the mistake of having sex with a guy or even cohabiting with him, hoping this will make him more ready to commit.

She says this is a huge mistake.

It it flies in the face of some well known biological programming that exists among the sexes.

You girls are biologically wired to want to have babies, and to find a guy who is capable of providing for you. I discussed this when I told the guys what characteristics produce attraction in you girls and also when I spoke about how romantic love is nature’s sell job.

Because you are wired this way?

You naturally want a guy to commit to you for the long run.

That’s the only way you can be protected, as you’re giving birth and raising your children.

This desire exists in you at a very low pre-rational emotional level.

It is in play, whether or not you actually consciously want to have children at all.

It is in play whether or not you actually need provision.

As you know, you usually don’t in modern society.

But all of this nonetheless, is inherent to how you are biologically wired.

You guys are wired to spread your seed.

That’s why most guys are naturally sexually addicted.

Nature wants babies made, so you guys are wired to want to have sex.

And to have it with a lot of girls.

From a sheer DNA replication perspective?

Limiting yourself to having sex with just one girl is not a winning play.

So you want to have lots of sex partners.

You’re naturally attracted to girls who have the characteristics that make for a fertile partner.

Again, this is all at the pre-rational emotional level.

It is in play, whether or not you are consciously thinking in these terms.

Where things get interesting is when we bring these two wirings together. Because if a guy is going to be a girl’s provider, he’s going to want to be sure the children he’s providing for are his. So even though he wants to be able to have multiple sex partners to spread his seed, he doesn’t want his girl doing the same. He wants you to be exclusive to him, even though he is not exclusive to you.

What Welch says this ends up meaning?

Guys are more attracted to committing to partners who send out signals that they are not sexually loose.

In other words, girls who play hard to get.

Of course guys WILL still have sex with girls who are promiscuous.

But they will only COMMIT to girls they perceive are not.

So the best way to get a guy to commit to you?

It is to hold out on him!

Don’t sleep with him, or move in with him, until he is committed to marrying you.

Welch believes monogamous marriage is the natural answer to this situation.

When you girls marry a guy and get his commitment to you?

You meet your biological need for provision.

And by insisting on not being sexual with him before that commitment is in place?

You satisfy his biological need to know he has a woman who is going to be faithful to him.

That he won’t end up providing for someone else’s kids.

Not so quick though.

Did you notice the bait and switch that just happened right there?

Aren’t you forgetting the most significant natural wiring in the guys? You know, the wiring that makes them want to spread their seed broadly? How is a monogamous marriage commitment meeting THAT biological need?

The answer of course is…it’s not.

Monogamous marriage may satisfy you guys’ natural wiring, to want to know the kids you’re providing for are yours.

And your girl being slow on the draw with sex and cohabitation, will signal your brain she’s the girl for you on that count.

But as a guy your primary wiring isn’t assurance of parenthood.

It’s to spread your seed broadly.

To have sex with more than just one partner.

Sexual variety is what you’re wired most to want.

Monogamous marriage completely nixes this possibility, and leaves you out in the cold.

Or inside in the cold.

Because frequently with monogamy, your girl will gradually ceases to be interested in sex with you at all.

So while you girls are getting the provision and protection your little biological hearts desire out of monogamy?

Your guy is being left without his biological desire to spread his seed being met now.

Tough luck on him right?

So what would actually match up with both sexes’ biological needs? Interestingly enough, the answer is polygamy. Not monogamy. Polygamy matches exactly the inherent biological wiring of both sexes.

As a girl, you do not need a guy to be exclusive with you, to experience the provision you need for yourself and your children.

You may consciously desire that, but it is not a necessity to meet what your biology is calling for.

On that level, you only need a guy who is committed to caring for you and providing.

As a guy, you do require each girl to be faithful to only you, so you don’t end up providing for some other guy’s kids.

But your biological need to spread your seed widely also requires you to be free to be with more than one girl sexually.

So monogamy doesn’t really meet all your biologically wired needs.

Yes girls I know this sounds one sided, but that’s how nature made things.

So am I advocating that we all lobby our governments to re-legalize polygamy, so we can return to the “good old days?”

I don’t advocate polygamy any more than I advocate monogamy. I don’t believe either of them is really conducive to the flourishing of romantic love, and that’s what I believe is most worthwhile.

Nature’s goal is to get babies made and on their way.

It is not for you to have a rich relationship life.

Since I believe Romantic Friendships are the best way to experience romantic love in your life?

That’s the relationship option I most recommend.

Today I’ve taken a look at polygamy, in light of the scientific research presented in Love Factually by Duana Welch.

When you look at nature’s programming, with its desire to see babies made and on their way?

It is interesting how well polygamy lines up with those goals.

It definitely seems MUCH more natural than monogamy.

Could this be why polygamy has such a long, successful history in cultures throughout the world?

Let me know what you think in the comments below.

What Kind Of Friendship Are Romantic Friendships?