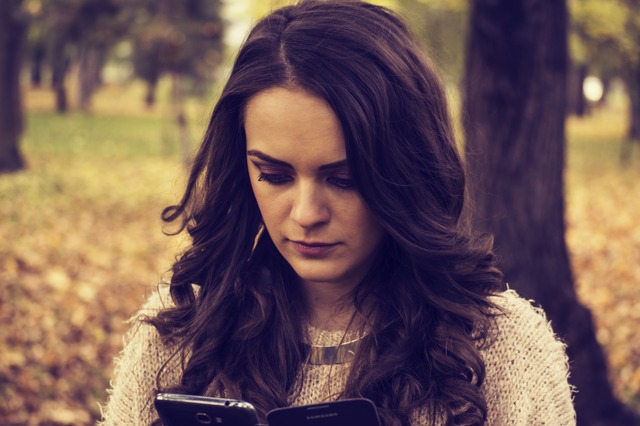 I recently checked out this video by Anna Jorgensen.

But this one didn’t quite sit right with me.

So I want to tell you why I feel this way.

Anna is talking to you girls about what to think if a guy has ghosted you. You had a great first date and he kissed you but now he is nowhere in sight.

Of course my first response is about that first kiss.

According to Anna one reason he has disappeared?

He’s a player and just wanted that kiss.

I hope I don’t have to tell you that a player is not somebody who just wants a kiss from you? The kiss is part of his overall strategy of course but his only goal is to have sex with you. He knows getting physical with you quickly will get you to the place where you’ll do so.

That’s part of why what I encourage you to do?

Don’t get physical with a guy that fast.

What are you thinking?

Does a kiss mean so little to you?

If a guy can’t take his time getting to know you first?

What are you doing getting physical with him at all?

Sexual touch should flow out of emotional connection.

Not be just a prelude to finding your way there.

You have to understand that just like nature makes a guy want sex it makes you want to be “swept off your feet” by him. This is just a con job nature is selling you whose only trajectory is “love you and leave you” land.

Anna suggests a second reason your guy may have fled?

She all out suggests you NOT go for this guy.

You should “thank your lucky stars” he’s gone.

But here once again you’re MISTAKEN too.

You think a guy who lacks confidence isn’t “worth your time.”

But often this guy has a heart of gold.

Thankfully near the end of the video, Anna does admit if you’re a girl who wants a Nice Guy you should give him some encouragement. But she still offers this as more of a concession than advice because she thinks you’re still settling if this is what you want.

This is the optional last choice for you?

How about just being a human being?

What is wrong with letting a guy know you like him?

That you’d be happy to see him again?

You’ve got to get smarter than your DNA!

I know you think a guy has to be completely confident right up front but more than often that’s just not going to happen. Why would you let a good guy get away just because he’s a bit gun shy out of the gate?

The last guy Anna talks about she calls a “normal” guy.

He’s not a player.

He’s not insecure like the Nice Guy allegedly is.

He’s just got a life and he’s not falling all over you.

But he really cares about you also.

Just like the Nice Guy he’ll get to know you first.

Without trying to get in your pants.

Anna says you need to wait for this guy and let him chase you instead of you chasing him. She says she knows “it’s a bitch” but if you want a real guy this is what you’ve got to do.

This is just TOO much.

If a guy is not a player he is a Nice Guy and that is that.

But they are ALL a good catch in the long run.

There are plenty of girls who can tell you right now they gave the alleged Nice Guy a chance and didn’t regret it. When they reached out to him to let him know THEY liked HIM, his confidence was boosted and he came to the plate after that.

I can’t encourage you enough girls.

Let go of the GAME completely.

The one that says a guy has to be the pursuer.

Just be a person with him.

Express how you feel.

If the feeling is mutual I promise you he’ll also express it.

Then take the time to get to know each other.

See where your connection goes.

Don’t be in such a rush.

This is how real love actually happens.

How real guys and girls end up together in the end.

So what do you think? Are you willing to pursue that ghost and let him know that you really enjoyed your time with him and will you take that next step and tell him you would be happy to see him again?