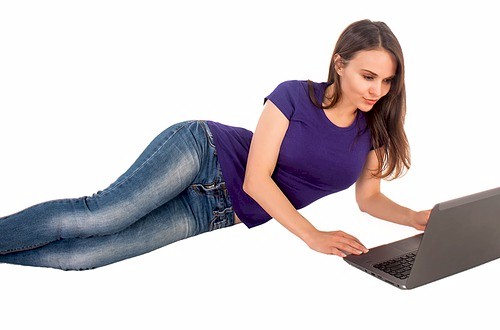 When I wrote Part 1 of this series it is not like I expected no reactions.

I actually shared my first installment with a friend before publishing it.

She’s an intelligent girl with a good heart so I knew she’d give me some valuable feedback.

While she finds my perceived age experiment interesting, she also considers it a total fail.

And for good reason.

Here are her central responses:

(1) I agree with everything you wrote…AND lying is lying. If a woman is okay with you lying, what does that say about her?

(2) You are trying to make the online process more similar to face to face meeting, but it’s not and never will be.

(3) I disagree with comparing this to girls listing their weight because that makes it sound like men are the only victims of ageism, and that’s not true.

I’ll address them in reverse order since that first one is the most interesting to me.

Regarding ageism she is totally correct. Lots of men are ONLY interested in younger girls.

And some (though definitely less) older girls are ONLY interested in younger guys.

And vice versa with their younger partners sometimes.

Though an interesting topic I have addressed before, ageism is not the point of my perceived age experiment.

My friend’s second point is closer to my aim.

I’m trying to address the unnaturalness of online dating.

When I meet girls in person I never have this age question even come up.

As you can tell, ageism isn’t my motivation.

If I find you attractive and enjoy your company, I’m quite open to exploring a connection with you to see where it leads, irrespective of your age.

But once you declare your actual age online, this natural exploration can rarely even get off the ground.

Once the sites REQUIRE the entry of a birthdate so they can publish your age, all the unnatural filtering begins.

Because they CAN be, they think they SHOULD be.

Of course if you’re REALLY age obsessed I’m not going to get anywhere with you even if we meet in person, once that disclosure finally takes place.

I’m fine with that.

I’m just interested in that initial opportunity for you to actually get to know me first, so you can more realistically decide if that REALLY matters to you.

Because I find it often doesn’t.

Is this because they CAN’T be?

In some cases I’m sure.

But mainly it is because they just go with their natural attraction instincts. So better interactions occur.

Because they CAN occur.

Not being impeded by the artifical online REQUIREMENT of age publication really makes a difference.

But is my friend correct?

Should you just settle into the fact online dating sites work the way they do?

Is a natural interaction just simply not going to happen through them?

But that’s the point of my experiment.

And that brings me to her first point.

Am I WRONG to try to jig the online dating sites? Does my perceived age experiment constitute LYING?

My friend thinks it clearly does.

Just like the girl I mentioned in the first entry in this mini blog post series thought it did too.

Lying is lying and that’s all there is to it.

And like her sister before her, my friend sees lying as a terrible way to try to start a relationship.

As I mentioned in my first installment, I don’t actually see what I’m doing as lying at all. I see myself withholding information no one has a right to know before I’m prepared to disclose it.

It’s just that with online dating you are FORCED to disclose your age.

You are not given the opportunity to simply withhold.

So you have to MISINFORM instead.

I think it is your right not to provide information you don’t want to.

Just like as girl you should have the right whether or not you publish your weight…or any other information you don’t want to disclose just yet.

If someone bold facedly forces you to answer a question they have no right to know the answer to, is it lying to give them an answer that is incorrect?

I don’t think so.

My definition of lying is failing to provide accurate information someone has a RIGHT to.

Do I have a right to know your weight before you wish me to?

I have a right to assess that based on how you physically appear, subject to the way you present yourself.

Just like you have a right to assess my age, based on how I present myself too.

No one has the right to any of your personal information, just because they ask you for it.

If they REQUIRE it of you and you cannot avoid giving them an answer?

It is not lying to misinform them.

In such a case that is the only way you can prevent their unauthorized violation of your privacy.

I can’t resist my natural reflex as a moral philosopher here.

I have to briefly discuss the Nazi’s at your door, asking if you’re hiding Jews.

Would you agree with me that “No I’m not” is the right reponse even if you are?

The Nazis have no right to the truth in this case.

But the only way to protect the rights threatened is to actually misinform them.

Misinforming is NOT lying.

Just like killing is not always murder (self defence for instance).

(Wow! I could really get this can of worms going if I wanted to, couldn’t I?)

Another very important point about my experiment?

I’m not just picking an age out of the air.

The age I’ve experienced girls percieving me time and again in person.

The photo I’m providing on my profile is also current.

It is the PERCEPTION publishing my actual age creates, that IS THE LIE I’m trying to correct.

As best as I can achieve.

So as you can tell, I don’t see my perceived age experiment to be lying at all.

I see what I’m doing as a necessary corrective.

I don’t see myself trying to start a relationship with a lie.

Nor do I see a girl accepting the reasoning I’ve offered above to be a bad sign either.

But that is the REAL reason my perceived age experiment could still be a fail.

If all the girls I date PERCEIVE what I’m doing as lying, that will influence their impression of me in a different way, so they STILL won’t take to time to ACTUALLY get to know me.

But that’s the interesting thing.

When I shared all this with my friend guess what she told me?

She met a guy online who misinformed his age.

Only 10% of the girls he’s dated even cared.

That suggests statistically my experiment could actually be a WIN!

But what about my friend’s other question? “If a girl doesn’t mind that you misrepresent your age, what does that say about HER character?”

She may see things the way I’ve described above.

If so I would highly value her ability to be discerning.

Someone who appreciates THAT would be quite a catch!

But I can only find out by actually taking the time to get to KNOW HER too.

That is the WHOLE point of my perceived age experiment anyway. To allow that initial exploration to actually happen!

But only time and experience will tell whether the majority of girls I date will insist I AM lying.

Assuming I carry on with the experiment at all.

After all, my goal in dating isn’t JUST to perform experiments.

People who share my desire for romantic connection too.

That’s what I’m really all about.

I just need to figure out the best way to get them past all their preliminary list making.

How to get them to give up on all their criteriorizing and filtering, long enough to get to know the ACTUAL PERSON who’s reaching out to them.

That’s the mystery to be solved!

Alas with you girls that’s a major task for us guys.

But you can’t say I’m not trying!

So what do you think now? Do you still think I’m rationalizing about the lying thing?