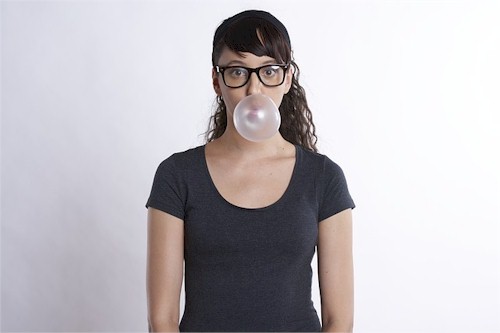 I was messaging with Cool Girl the other day.

I told her I’d finally realized something.

I like the way she is not typical at all.

How she bucks what most people say.

I told her I think that’s why we work.

Her reply was really funny. She calmly messaged me back and said,  “Oh is this the first time that realization has ever struck you?”

She seemed to know it from the start.

Picked me out as an atypical guy too.

The day after she met me she read my first blog posts.

Romantic love is my purpose.

I guess you could say I’m a little bit dull that I didn’t recognize what it meant that she read all that and didn’t run away.

Not too many of you girls would be attracted.

Not to a guy who says he doesn’t do monogamy.

That he’s just focused on love.

But not Cool Girl.

She just kept coming on anyway.

Wanting to spend more and more time with me.

Everything I wrote she gobbled up believing it was just a matter of time until the whole world came to understand the wisdom I’m sharing.

Okay maybe not that extreme.

But she definitely doesn’t fit the Disney Fantasy girl mold.

And she’s never stopped showing me.

In a thousand different ways?

She refuses to tow the party lines.

She laughs with me about you girls all the time.

Even though as she says she has a few “girl” moments herself.

But she’s too quirky to ever play your games.

It’s too fun to her watching you squirm!

So yes I have to admit that the reason Cool Girl and I work so well is we both are as quirky as two people can be. We both enjoy bucking the trends and finding a better way to make love work.

At least for us.

Yes we’ve had a few bumps along the way.

“Kel, didn’t you say she broke up again?”

Yes…but we’re back on.

But overall she and I work really well.

And even the bumps help us see this.

We don’t hide who we are at all.

I think that’s the thing that drew Cool Girl to me in the first place. I wasn’t hiding from the world what most girls would dislike about me.

How I roll definitely doesn’t draw most girls.

There are lots of you who’ve taken a pass.

But I’d rather have that than be playing a game.

I highly recommend YOU do the same.

How about you? Is there something quirky about you too that draws you to your own kind of quirky partner?

Why I Prefer Girls Instead Of Women (Part 3)