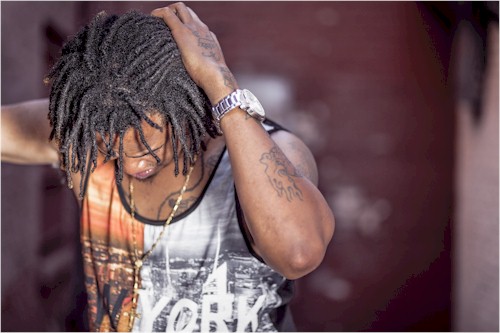 I’ve made this claim several times in past blog posts.

The fact is guys have a very high level of testosterone that makes them almost inevitably addicted to sex.

You may not believe I’m correct about this.

You may deny sexual addiction is real at all.

Or maybe you agree that there is something called sexual addiction, but would deny it is something almost every guy has.

Sure it’s something certain guys have when they let their sexuality get out of control.

When that happens they get into patterns of harmful behaviors that are socially frowned upon.

But guys like that are the exception not the rule.

In a blog post called It’s Not Sex Addiction seduction community blogger Blackdragon claims it’s ridiculous even to call such socially frowned upon behaviors sexual addiction. He takes modern society to task for its effort to shame what he considers to be men’s “normal, natural, biological desires.”

Have sex several times a week? You’re a sex addict!

He says these things are just normal things healthy males do.

We may not like them but they aren’t sexually addictive behaviors.

Addiction is a “clinical condition” that involves “compulsive behavior.”

I agree with this.

An addiction is something you cannot avoid doing.

But this doesn’t mean you can never avoid doing it at all.

An addict often chooses not to indulge his habit in certain contexts.

Sure an addiction can get so out of control that any remaining ability to curb it like this is lost.

But compulsiveness does not mean complete inability to control it.

What makes someone an addict is he can never completely avoid doing it.

As long as something becomes a “monkey on your back” that eventually you must give into when there is no real need for you to do it…it’s an addiction.

The sense in which I believe most guys are naturally sexually addicted is they have been wired by nature so they cannot avoid seeking out a sexual release quite frequently.

Sure not all guys have sex several times a week.

They don’t all go to strip clubs or cheat on their wives.

These things can become forms of sexual addiction to be sure, but I’m not pretending most guys are naturally sexually addicted in these particular forms.

Most guys cannot go more than a few days without at least having this type of release.

When they try not to they become extremely agitated until they finally indulge themselves.

So most guys have a very strong felt need implanted in them by nature to seek out sexual release.

Testosterone is the main culprit here.

But Blackdragon takes on this claim too saying that simply needing a sexual release is not an indication of addiction.

He admits as a high sex drive man if he goes without sex for long he begins to feel it and becomes agitated.

But he doesn’t consider this an indication of addiction any more than feeling hungry and eating food indicates you have a food addiction.

Or feeling the need to urinate and relieving yourself indicates you have an expulsion addiction.

You biologically require food and urination on a regular basis.

What becomes addictive with food is the amount you do or don’t consume.

Similarly you require sexual release and what becomes addictive is when you lose self control on how you acquire this needed release.

In fairness I do agree with this argument to a point.

There is a difference between having regular sex with your sexual partner(s) and cheating on your monogamous commitments.

Or losing your wealth to prostitutes because you cannot stop yourself.

I know all about overcoming one of these more specific sexual addictions.

I overcame one myself.

If you’re struggling in any of these ways and would like some help restoring self control let’s grab a coffee and talk.

But this is still a difference in degree, not in kind.

Not without a great deal of discipline or specific practices to accomplish this.

So you do have a built in compulsion toward sexual release.

Desire for sexual release does become a “monkey on your back” that virtually requires you to satisfy it.

Most girls just don’t experience this at all.

But isn’t this just on a par with the other natural drives Blackdragon points out? Isn’t sexual release just another natural need like eating or urinating?

The difference between your sexual “needs” and your need to eat is if you don’t eat you will die.

Eating is a biological necessity and hence a true need.

The same goes for urination.

Expelling toxins from your body is also a biological necessity and hence a true need.

There is no similar need to ejaculate and release semen from your body or to simply experience an orgasm.

Seminal fluid is reabsorbed into the body if it is not released during a sexual climax and there are no health implications from allowing this to take place.

Sexual release is simply not a biologically necessary function and hence is not a true need. It exists solely for the possibility of conception and the propagation of the race. As such it is a reproductive necessity, not a biological necessity.

This also means that sexual release is only truly called for when the intention is to attempt to conceive a child.

Any other time it is not necessary.

It is only because nature wants babies made that this “need” exists in you guys at all.

Wow I can imagine what a kill joy I’m sounding like right now!

Is this guy serious?

Is he telling us to stop having sexual releases except when we want to make babies?

That’s not what I’m saying at all.

I’m totally aware that most of you guys will keep doing what you’re doing and I’m not saying there is anything wrong with that.

Nature made you naturally sexually addicted so you will want to have lots of sex with lots of girls so that lots of babies with genetic variety will be born.

And I actually think it is very important for you girls to understand that guys are not doing anything unnatural when they want sex so much.

It’s wired into them.

They are not beasts because they are attracted to you physically either.

All this is as Blackdragon says “normal, natural, biological desire.”

All I’m saying is the fact nature has wired you guys this way doesn’t change the fact you are naturally sexually addicted. This is still a true addiction because it is something most of you cannot avoid indulging, even though there is no biological necessity for it.

When a person orgasms, what takes place in his (or her) brain is exactly the same experience a heroin addict experiences when he gets high.

The release of dopamine in the brain is the same.

What we are addicted to is the endorphins we experience when we orgasm.

In the case of the heroin addict this addiction is completely unnatural.

Unless you let yourself get hooked on this drug you’ll have no problem avoiding this kind of fix.

In the case of the high received by sexual release though, most guys cannot avoid seeking it out.

This addiction is completely natural, but an addiction nonetheless.

So orgasm and sexual release are an addictive pattern. This is why “the more you get the more you want.”

I’ll have lots to say in the future about the implications of all this for your love life.

All I’m doing today is laying the groundwork and explaining why I see this reproductive programming you guys are all subject to as an addiction.

So let me know what you think. Are most guys naturally sexually addicted as I’m claiming?