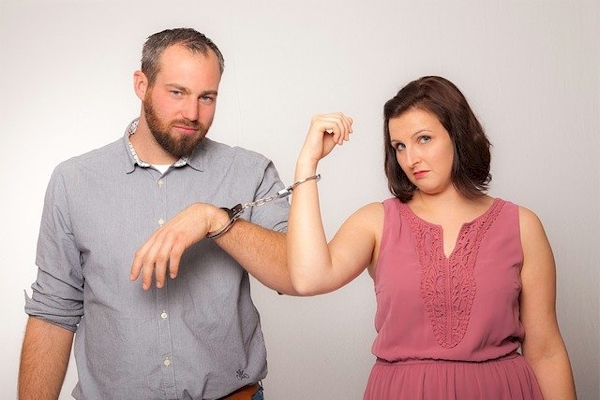 His name is Troy Francis.

I first mentioned him in my post about Friends With Benefits.

Then again in my series about Nice Guys and Bad Boys.

Since Troy is a player he frequently takes on the pro-monogamy crowd. He talks a lot about those who condemn his more promiscuous lifestyle.

In one of his pieces he really goes after this. (link to article no longer available)

This time his target is a particular argument.

The argument says a “real man” is a strong alpha man.

Strong enough to “settle down, get married and all that jazz.”

He is really a just a “wounded MAN-BOY.”

He’s exercising “‘demons’, and easing ‘trauma’ by sleeping with lots of women.”

Troy counters this by saying that even though monogamy is the dominant view it isn’t necessarily good for everyone. Just because a person takes a different path doesn’t mean they are “defective or ‘degenerate’.”

Sex with lots of girls.

So isn’t it the pro-monogamy guy who is doing something unnatural?

Troy admits to his own traumatic past of course.

But he says he has successfully “‘worked on’ those negative feelings” of his.

You might expect me to disagree with Troy’s conclusion here since I don’t recommend being “out for sex” at all. In actual fact though what I really believe is Troy has not argued his point strongly enough.

It not just that monogamy “isn’t necessarily good.”

It is positively detrimental.

Not in a sufficiently high percentage of cases to rationally advocate for it.

And yes as Troy says nature DOES have a lot to do with that.

But that doesn’t mean you’ll be fulfilled sleeping around either.

You really WILL find happiness in relationship.

You just have to do things quite a bit differently.

This is why I suggest you’re actually polyamorous and why I talk all the time about Romantic Friendships.

The reason to pass on monogamy isn’t so you can sleep around like Troy does.

You should pass on monogamy because you care about your love life!

Monogamy will not give you what you’re looking for.

You need to approach your love life more intelligently instead.

You’re the one who will end up “wounded and traumatized” yourself!

What do yo think? Does giving up on monogamy because it doesn’t work really mean you’ve become a degenerate?

If You Want To Be Happy Don’t Get Married

So You’re Okay If I Just Get Some “On The Side” Then?